Ms-13 Member from Edgewater Sentenced To 25 Years In Federal Prison For Participating In A Violent Racketeering Conspiracy, Including A Murder 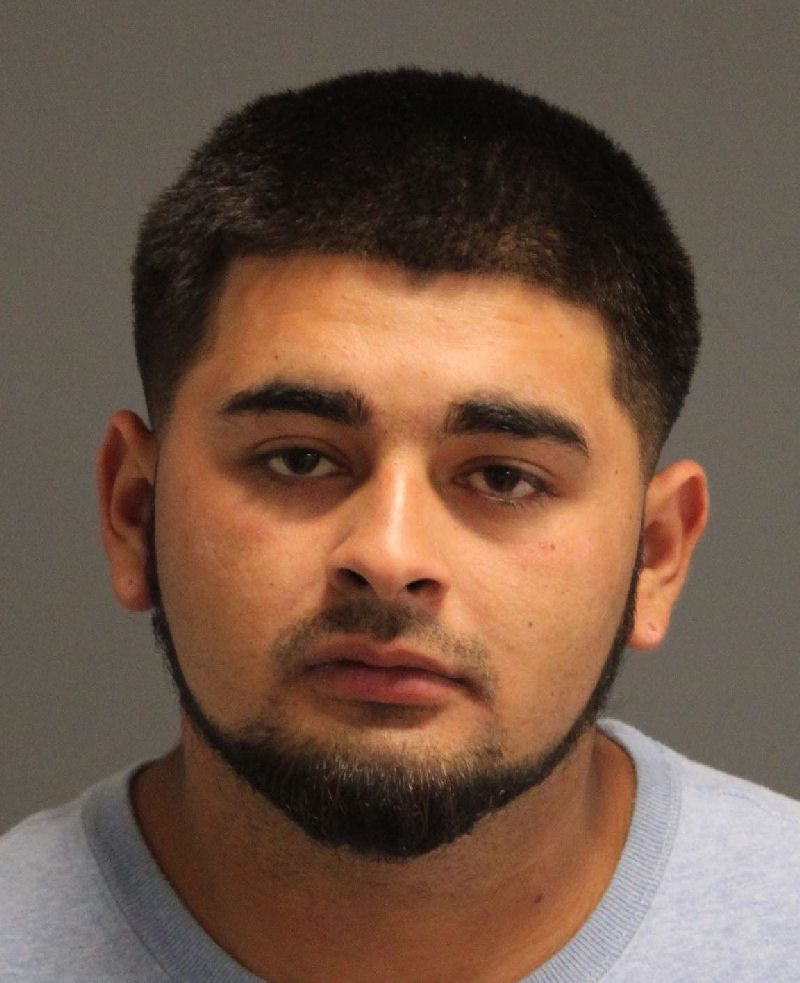 Chief U.S. District Judge James K. Bredar sentenced MS-13 gang member, Francisco Ramirez Pena, a/k/a Tepo and Advertencia, age 25, of Edgewater, Maryland,  to 25 years in federal prison, on a federal racketeering charge related to his participation in a violent racketeering conspiracy, specifically MS-13, including a murder.  An MS-13 associate, Edwin Ruiz Urrutia, a/k/a Sylvestre, age 21, of Silver Spring, Maryland was also sentenced to 25 years of active incarceration followed by five years of supervised release.
“Federal, state, and local law enforcement will use all the tools at our disposal to arrest and prosecute MS-13 gang members who prey on our neighbors,” said U.S. Attorney Robert K. Hur.  “We will not rest until we dismantle this organization and remove the criminals who terrorize our communities—including the Central American immigrant communities in Maryland.  I urge anyone with information about MS-13’s criminal activities to call federal law enforcement.  You can reach the FBI at 1-866-STP-MS13 or HSI at 1-866-DHS-2-ICE.”
“These sentences show that a membership in MS-13 usually ends where it should - behind bars for decades in a federal prison,” said Jennifer Boone, special agent in charge of the Baltimore Division of the FBI.  “At the FBI, we are committed to staying in the fight until this plague is purged from our communities.”
“HSI is committed to investigating and disrupting the violence MS-13 perpetrates in our communities,” said John Eisert, Special Agent in Charge for HSI Baltimore.
According to their plea agreements, Ramirez Pena, Ruiz Urrutia, and Guerra Zacarias conspired with other MS-13 members and associates to engage in racketeering activity, including a murder, conspiracies to commit murder, extortion, and drug trafficking, in order to further the interests of the gang.
Murder in Crownsville:  In June 2017, MS-13 gang members believed that Victim 18 was an associate of the rival 18th Street gang.  Guerra-Zacarias was present when gang members, including Ramirez Pena and Ruiz Urrutia, were talking about how to lure out Victim 18 in order to murder her.  On the day of the murder, Guerra-Zacarias picked up MS-13 gang members, along with a female associate of the gang who was supposed to lure out Victim 18, and drove them to meet with Victim 18.  The female got Victim 18 to enter Guerra-Zacarias’s car, at which point they drove to another location where Ramirez Pena and other MS-13 gang members entered the car and subdued Victim 18.  Guerra-Zacarias then drove them all to a secluded area in Crownsville, Maryland, where other gang members, including Ruiz Urrutia had dug a grave and gathered weapons.  Guerra-Zacarias dropped Victim 18 and the gang members off, then he and the female co-conspirator left. Victim 18 started screaming and gang members subdued her by choking her.  Ramirez Pena, Ruiz Urrutia and other MS-13 gang members then dragged her to the site of the grave and all present attacked her with a machete and knives until she was dead.  Victim 18’s body was then dismembered and buried in the grave.
In September 2017, investigators recovered Victim 18’s body from a clandestine grave in Crownsville, Maryland.  The medical examiner found that the cause of death was homicide.  The victim had suffered numerous blunt and sharp force traumas, her head had been severed, and her body cut into several pieces.
The murder of Victim 18 was intended to maintain and increase the status of MS-13 and allow members to maintain or increase their status within the gang.
Drug Distribution:  As stated in their plea agreements, members of the Fulton clique, including Ramirez Pena and Ruiz Urrutia, also conspired to distribute marijuana.  As a part of that conspiracy, gang members would obtain bulk quantities of marijuana and then break it up for distribution.  At least a portion of the proceeds from the drug sales would go to the gang to further its objectives.  It was reasonably foreseeable to the defendants that the conspiracy would distribute at least five kilograms of marijuana.
A total of 29 defendants have been charged in this case with participating in a racketeering conspiracy and/or other crimes related to their association with MS-13, including 18 defendants charged in the fifth superseding indictment filed on October 21, 2019.  A total of 13 defendants have pleaded guilty to crimes related to their participation in MS-13 gang activities.
Anyone with information about MS-13 is encouraged to provide their tips to law enforcement.  The FBI and Homeland Security Investigations both have nationwide tiplines that you can call to report what you know.  You can reach the FBI at 1-866-STP-MS13 (1-866-787-6713), or you can call HSI at 1-866-DHS-2-ICE.