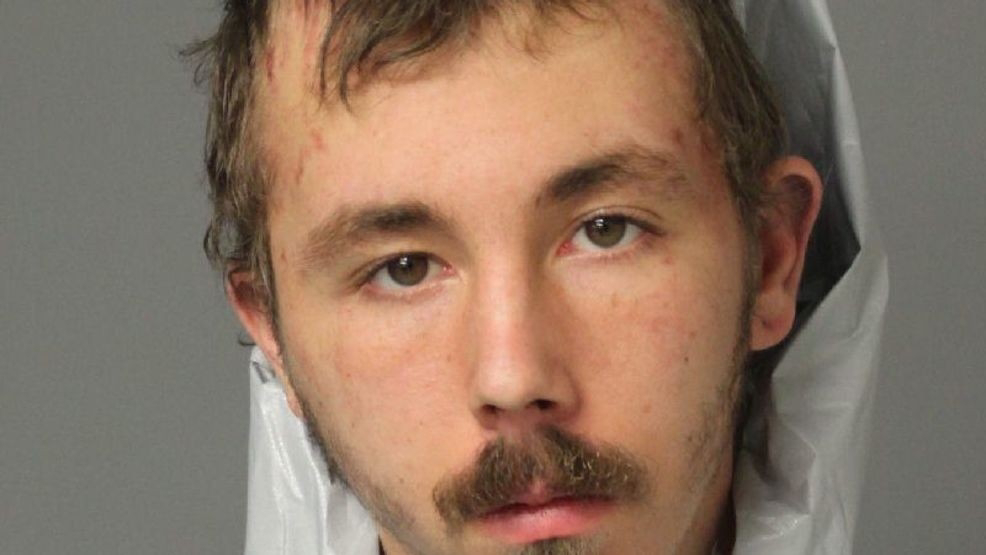 Today, Dillon Augustyniak,19, of Jessup was sentenced to life in prison by the Honorable J. Michael Wachs for the murder of Steven Wilson announced Anne Arundel County State's Attorney Anne Colt Leitess. Augustyniak entered a guilty plea to first degree murder and use of a firearm in the commission of a crime of violence on August 22, 2019.
"Steven Wilson's presence of mind and stoic response during this attack allowed him to contact 911, where the killer's voice was recorded and ultimately used as evidence to convict him. While there is nothing that can restore the Wilson family after this senseless murder, it is my hope that by knowing that his actions helped capture Augustyniak, they have some sense of justice and know that he will not be free to harm others," said Anne Arundel County State's Attorney Anne Colt Leitess.
Augustyniak robbed and shot the victim on December 5, 2018 at a model home in the 7500 block of Newmanstown Drive site in Hanover, MD where Steven Wilson was working.
On Wednesday, December 5, 2018, Anne Arundel County Police and Fire Department responded to a model home in the 7500 block of Newmanstown Drive in Hanover after receiving a 911 call made from the victim's phone. While most of the call was inaudible, the caller asked for an ambulance. A few moments later, a second voice in the background demanded, "Where is the money?" and "Who are you talking to?" The phone call then disconnected.
Upon arrival, police officers located the victim, later identified as Steven Wilson, suffering from a gunshot wound. Mr. Wilson was unresponsive and subsequently pronounced deceased at the scene by emergency medical personnel.
During the investigation, police determined that shortly before 5p.m. that day, Mr. Wilson saw his last customer at the model home. Video surveillance footage captured Augustyniak approaching from the wooded area behind the home, carrying a partially concealed green rifle. After trying the rear door unsuccessfully, Augustyniak went to the side of the house. At 5:04 p.m. Steven Wilson made the 911 call. By then, he had already been shot and struggled to speak. Augustyniak took the victim's cell phone, laptop, keys and power cords. Surveillance video shows Augustyniak running back toward the wooded area behind the home with a bundle in his arms.
At approximately 6 p.m. on the same day, Augustyniak sold the victim's phone to his neighbor. Not long after the purchase, his neighbor's fiancée realized the phone was stolen and belonged to Mr. Wilson whose murder had made the news. The neighbor and his fiancée brought the cellphone to the authorities and provided police with Augustyniak's name.
Forensic analysis of the victim's phone revealed that, just minutes after the murder, Augustyniak logged into his Snapchat account and sent an outgoing Snapchat message. The phone's web search history showed a search for a song called, "Murder on My Mind." Eventually, Augustyniak was locked out of the phone and unable to get in without the passcode. Shortly after getting locked out of the phone, Augustyniak sold the phone to his neighbor.
Anne Arundel County Police obtained and executed a search warrant for Augustyniak's residence and recovered a .22 caliber long rifle similar to the one seen in the surveillance video. Additionally, camouflage pants and a camouflage hoodie identical to clothing seen on the surveillance video were recovered from Augustyniak's room. Police also recovered a sweatshirt, t-shirt and undershirt near a shipping container in the construction area located between the model home and Augustyniak's neighborhood. This discarded clothing was tested and contained DNA evidence that was later linked to Augustyniak. Police found Snapchat images showing him wearing the same items a few days before the murder.
In the early morning hours of December 7, 2018, Augustyniak was arrested at a home in Baltimore. He was transported to Anne Arundel County Police Department Criminal Investigation Division where he was given his Miranda warnings and knowingly and voluntarily waived his rights and agreed to speak to the detectives. Augustyniak admitted to shooting the victim.