Naval Academy Confirms Identity of Midshipman Who Died Suddenly, The Second of Two Deaths at the Academy in Just Under Two Weeks 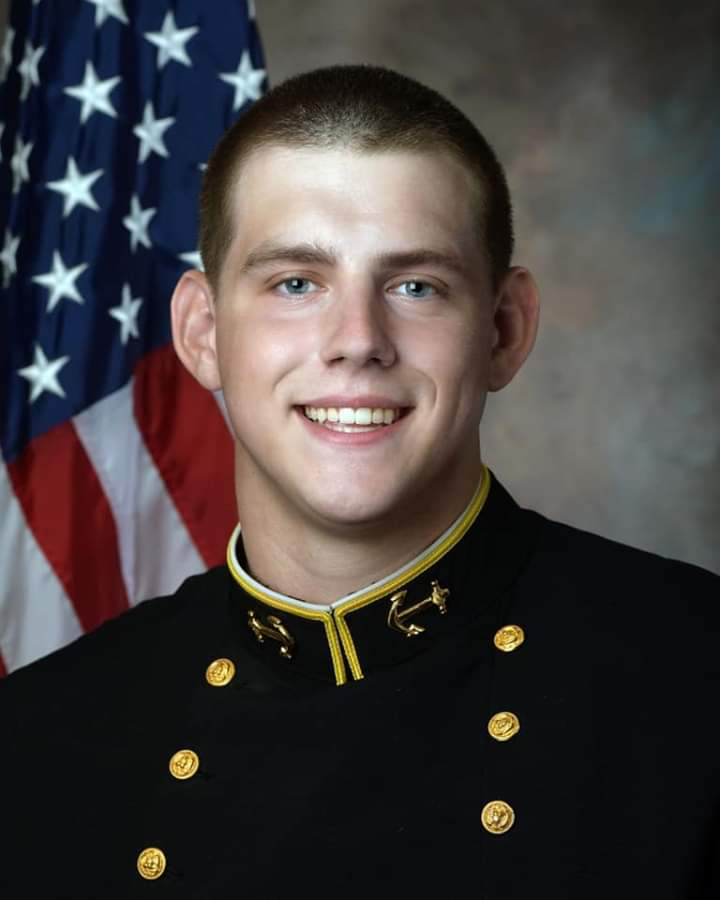 U.S. Naval Academy Midshipman 1st Class (senior) David Forney, 22, of Walkersville, Maryland, died Feb. 20, after being found unresponsive in Bancroft Hall. The cause of death is being investigated; foul play is not suspected.
Forney, an offensive guard on the Navy Football team, was discovered unresponsive in his room by a fellow midshipman. A CPR-certified midshipman administered resuscitation efforts at the recommendation of first responders traveling to Bancroft Hall. Emergency services transported Forney to an area hospital where he was pronounced deceased at 11:28 p.m.
“The entire Naval Academy family – the Brigade of Midshipmen, the faculty, staff, and coaches – are heartbroken over the tragic and unexpected loss of Midshipman David Forney,” said Vice Adm. Sean Buck, 63rd Superintendent, U.S. Naval Academy. “On behalf of the Naval Academy family, my wife, Joanne, and I extend our deepest condolences and heartfelt sympathies to the Forney family, their friends, as well as to David’s extended Naval Academy family.”
Upon completing a year at the Naval Academy Preparatory School in Newport, R.I., Forney reported to Annapolis for the Class of 2020’s Induction Day on June 30, 2016. Forney, a member of the 9th Company, was a Political Science major who was assigned to commission as a cryptologic warfare officer this May.
“Words cannot express our pain and sorrow,” said Navy head football coach Ken Niumatalolo. “First and foremost, our deepest condolences to the Forney family. The Navy Football Brotherhood is not a team, we are a family. We are devastated to have lost one of our brothers. We all loved – and will always love – David. We pray for strength during this most difficult time.”
Navy Football officer representatives Navy Capt. Timika Lindsay and Marine Corps Col. Jeffrey Smitherman offered their reflections of Forney, calling him a hard charger on and off the field. They spoke of his natural gifts of passion, intellect and perseverance, which enabled him not only to see the game, but also inspire and encourage others to become better players and midshipmen. According to his O-Reps, he was a leader who would step up to any challenge and get the job done. Like many others, they are thankful to have shared this “all-too-brief time” with him.
Forney is survived by his parents, Erika and Rick, and his three siblings, Chris, Rebekah, and Erik.
#Breaking Social Media Post Identifies Midshipman Who was Found Dead on Campus:
http://www.reportannapolis.com/2020/02/breaking-social-media-post-identifies.html
#Breaking Naval Academy Announces Death of Midshipman, Second to Die This Month:
http://www.reportannapolis.com/2020/02/breaking-naval-academy-announces-death.html
NAVAL ACADEMY IDENTIFIES MIDSHIPMAN WHO DIED DURING PHYSICAL READINESS TEST:
http://www.reportannapolis.com/2020/02/naval-academy-identifies-midshipman-who.html