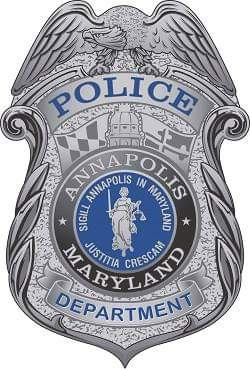 On February 15 at 3 a.m. officers were contacted about a possible kidnapping involving an Uber driver or someone posing as an Uber driver.
The adult female victim reported that she was in the 100 block of Dock St on February 15 at 1 a.m. waiting for an Uber ride. A vehicle pulled up and the woman assumed it was the ride she was waiting for and approached the vehicle. The male driver told her to get in the front passenger seat of the vehicle. The woman got in the vehicle to be taken to a destination in Annapolis. While they were traveling in the vehicle the woman realized there were on a highway and were not going to the destination in Annapolis. She told the driver numerous times that he had missed her exit and when she asked where he was taking her he replied that he was going to get her home.
The woman began to plead with the driver to stop the vehicle and eventually he did stop on the side of the highway. The woman got out of the vehicle and so did the driver. He approached her and grabbed her arm, but he was startled by something and let go of her arm, got back in the vehicle and drove away, leaving the woman on the side of the highway. Right after he pulled away a vehicle stopped and the occupants assisted the woman in returning to Annapolis.
At this time it is unclear if the driver that picked the woman up was operating as an Uber driver or any other ride sharing service. It is unclear if he mistakenly picked up the woman, mistaking her for another fare going to a different location. These questions are part of our ongoing investigation. The driver is described as a Middle Eastern male with light facial hair. The vehicle is described as a mid-sized silver SUV. We want to make people aware of this incident and urge them to always keep safety in mind when using ride sharing apps. Anyone with information about this incident is urged to contact our detectives at 410-260-3439.
How to identify your Uber driver and vehicle:
• When you request a ride, your app sends your request to nearby drivers. After you’re matched with a driver, your app shares information about the vehicle and driver headed to your pick up location.
• Tap the bar that includes the driver’s name, photo and vehicle. This displays a photo of your driver along with the vehicle’s make, model and license plate number.
• When you see your driver’s vehicle at your pick up location, confirm that the license plate number displayed in your app matches the actual vehicle. Drivers will often ask your name before starting the trip.
Lyft also provides you with the driver’s name, profile photo and an image of the vehicle before the ride. Confirm that the vehicle and driver photos in the app match the actual vehicle and driver.