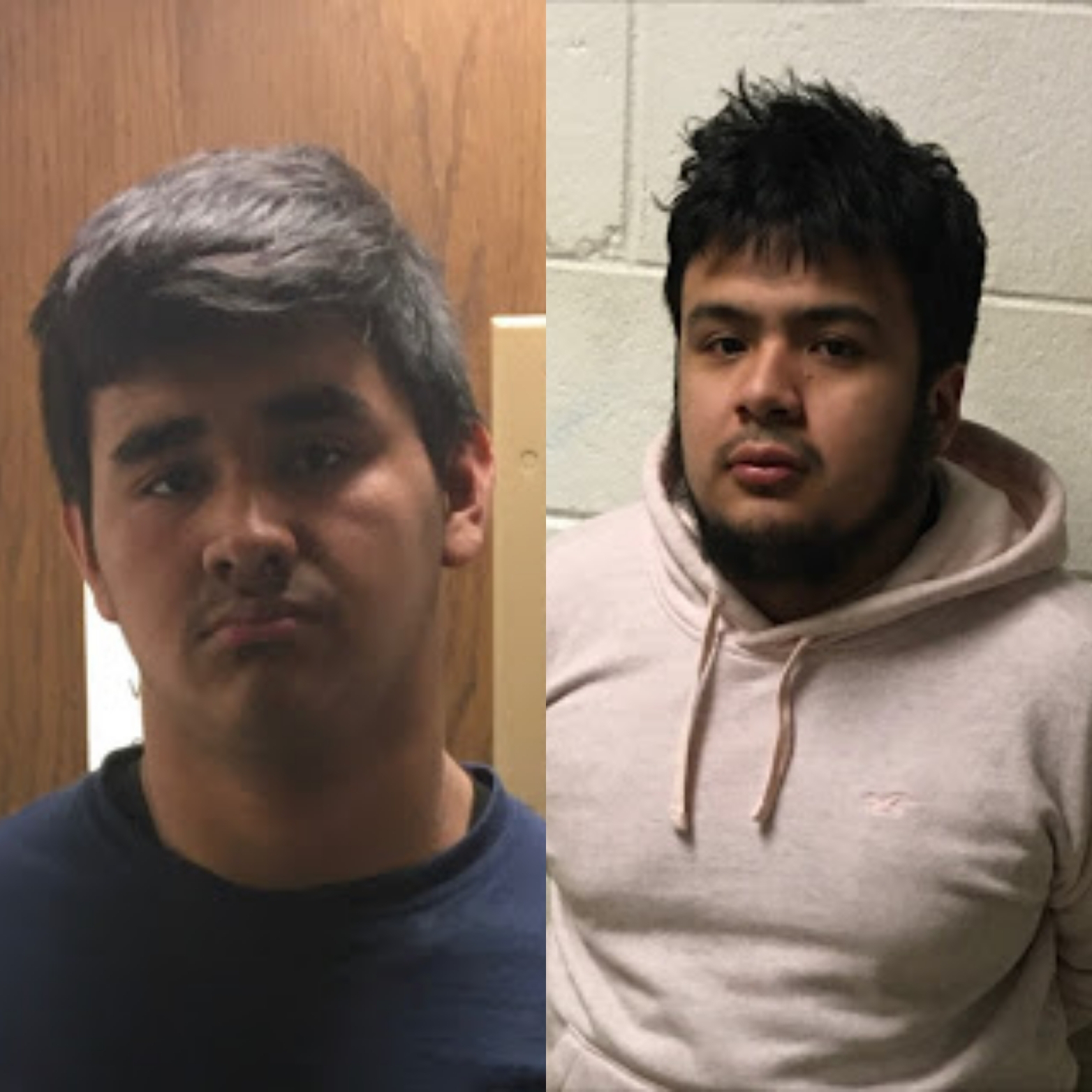 Fire investigators arrested 19-year-old Giancarlo Reyes (left picture) of New Carrollton and 20-year-old Francis Ortiz-Oro (right picture) of Washington DC for intentionally setting fire to a vacant house in Lanham last month.
On January 20th, at approximately 1:50 am, firefighters responded to the 9500 block of Wellington Street for the report of a fire in a vacant single-family dwelling.  Firefighters quickly extinguished the blaze that was primarily contained to the kitchen area.  No injuries were reported. Investigators from the Office of the Fire Marshal were called to the scene that morning and determined the cause of the fire was arson.  Fire loss was estimated at $50,000.
Over the course of the following few days, investigators were able to determine that two males had driven to the neighborhood, were seen walking to the house and entering a rear doorway, smoke was then observed rising from the house, and then the two individuals walked away from the house, got back in their vehicles and drove away.
Through the course of the investigation, Reyes and Ortiz-Oro were identified as the two males who had driven to the home and set it on fire.  Preliminarily, investigators determined that Reyes, minutes after setting the fire, drove back to the area again, walked up to the house, investigators believe, to make sure the fire was growing.  Reyes then returned to his vehicle and drove away.  Several minutes later, a neighbor saw the fire and called 911.
Reyes was taken into custody without incident and admitted to his involvement.  He was charged with 1st and 2nd degree arson.  Reyes is being held without bond at the Department of Corrections in Upper Marlboro.
In January of 2019, Reyes had applied to the Prince George's County Fire and EMS Department to become a volunteer firefighter at the West Lanham Hills Volunteer Fire Department (Company 828.)  According to our standard application process, a background check was conducted and his volunteer application was denied by the Fire/EMS Department. At Reyes’ request, volunteer leadership, as per our policy, appealed the Fire/EMS Department’s decision. The appeal was denied in May of 2019.
Ortiz-Oro was also taken into custody without incident and was charged with 1st and 2nd degree arson, and malicious destruction of property   He is also being held without bond at the Department of Corrections in Upper Marlboro.  He has no official ties to our agency, however, this is an ongoing investigation.
Anyone with information about this case is asked to the call the Office of the Fire Marshal at (301)-77-ARSON (27766) or email 77ARSON@CO.PG.MD.US