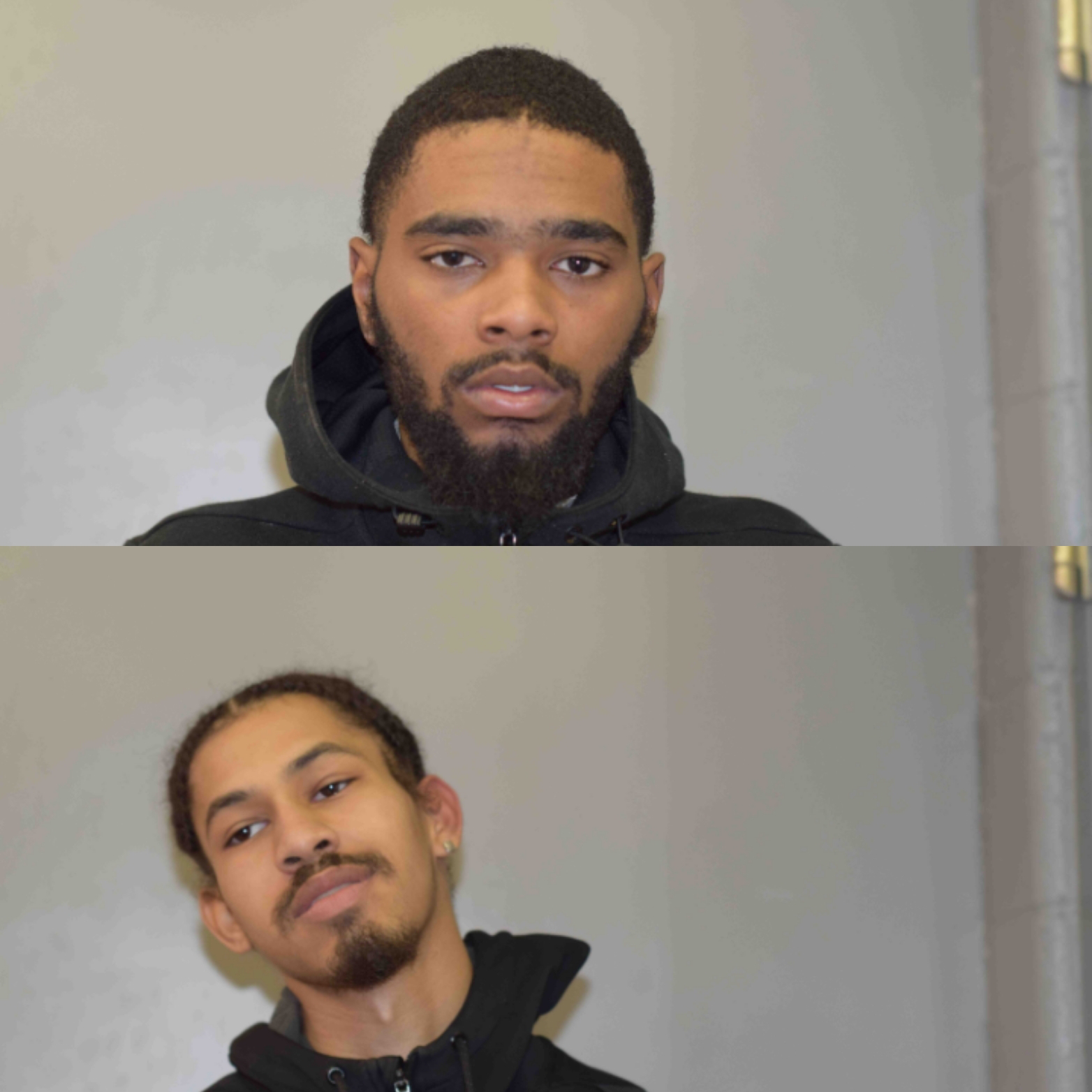 Annapolis Police today announced the recent arrests of two men on handgun possession violations during a traffic stop.
On 02/21 at 9:32pm, officers were conducting a detail targeting drug and gun crime in the Eastport area when they stopped a vehicle for traffic violations.
After smelling the odor of marijuana emanating from the vehicle, officers searched the vehicle and discovered a handgun under the front passenger seat. The handgun’s magazine was loaded, but there was no round in the chamber. The handgun was reported stolen from Florida.
The driver, Ke’shaun Greenleaf (bottom picture), 20, of Glen Burnie, was arrested and charged with eight counts relating to the illegal possession of the handgun.
The passenger, Dayshawn Addison (top picture) 21, of Annapolis, was arrested and charged with five counts relating to the illegal possession of the handgun.
Greenleaf and Addison were released by the District Court Commissioner on their own recognizance.