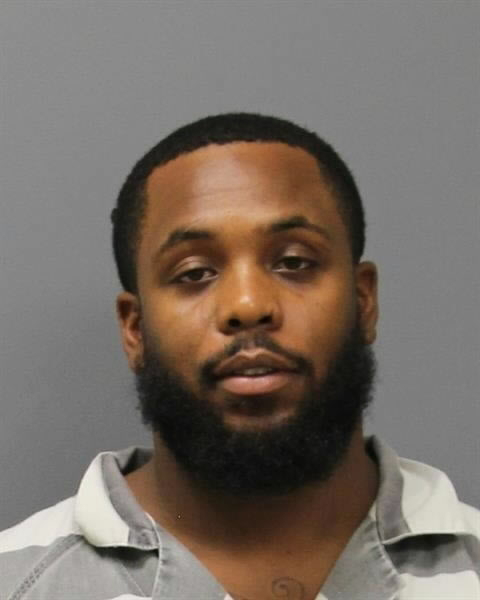 A jury today convicted Rodney Mondell Coby, a/k/a “Cuz,” age 31, of Waldorf,  on the federal charges of distribution of fentanyl resulting in death, conspiracy to distribute and possess with intent to distribute controlled substances, possession with intent to distribute controlled substances, possession of a firearm in furtherance of a drug trafficking crime, and being a felon in possession of firearms and ammunition.
U.S. Attorney Robert K. Hur stated, “Rodney Coby knew that the fentanyl he was distributing was killing people, but he continued anyway.  Drug traffickers are on notice that dealing in fentanyl increases their odds of federal prosecution—especially when they use guns to ply their trade.  We will continue to work with our law enforcement partners to stop the tragic deaths resulting from opioid overdoses.”
“Coby was dealing fentanyl, a dangerous drug that is killing far too many people in the DMV,” said DEA Special Agent in Charge Jesse Fong.  “Cases like this are a great example of the work we are doing, side-by-side with our local law enforcement partners and federal prosecutors, to send a resounding message that drug dealers who callously profit by distributing deadly drugs in our neighborhoods will be held accountable.”
According to the evidence presented at his seven-day trial, Coby and his co-defendant, Steven Jerome, distributed fentanyl to an individual on September 6, 2017, resulting in the death of the victim.  According to Steven Jerome’s plea agreement, after meeting with Coby for the drug transaction, Jerome and the individual used the fentanyl that Coby distributed. The individual immediately showed signs of overdosing. Because there was an unrelated warrant for Jerome’s arrest, however, Jerome did not call first responders or otherwise seek help for the individual. Instead, Jerome drove the individual from Waldorf to the St. Clement Shores neighborhood of St. Mary’s County, and walked to his mother’s house. Jerome’s mother then called first responders, who were unable to resuscitate the individual.
Further, the evidence introduced at trial also proved that Coby distributed fentanyl on November 29, 2017, resulting in the death of a second victim.
On April 13, 2018, law enforcement recovered five firearms from Coby’s apartment, including a loaded .45-caliber semi-automatic pistol from Coby; a .357-caliber semi-automatic pistol; a 5.7x28mm semi-automatic pistol; a .300-caliber semi-automatic AR type pistol, a 7.62x39 caliber semi-automatic AK type pistol, as well as 159 rounds of various types of ammunition.  The .45-caliber semi-automatic pistol was found in a backpack next to 121 individual baggies of fentanyl and a bag of cocaine base. As such, the jury determined that Coby possessed the .45-caliber pistol in furtherance of his drug trafficking.  During the execution of a search warrant at Coby’s apartment, law enforcement officers recovered a total of over 200 grams of a heroin/fentanyl mixture, over 40 grams of cocaine base, 12 cell phones, a money counter, four digital scales, over $22,000 in U.S. currency, and jewelry including a Rolex, gold chain, and gold and diamond grills.  Moreover, Coby had a previous felony conviction and was prohibited from possessing firearms or ammunition.
Coby faces a mandatory minimum of 20 years and up to life in prison for distribution of fentanyl resulting in death.  Coby also faces a maximum sentence of 40 years in prison for the conspiracy and for possession with intent to distribute controlled substances; a maximum of life in prison for possession of a firearm in furtherance of a drug trafficking crime; and a maximum of 10 years in prison for being a felon in possession of firearms and ammunition.  U.S. District Judge George J. Hazel has not yet scheduled sentencing for Coby.  Coby has been in custody since his arrest on April 13, 2018.
Steven Jerome, age 33, of Leonardtown, Maryland, pleaded guilty before trial to distributing fentanyl.  As detailed in his plea agreement, two individuals, including Jerome’s mother, died as a result of his distributing fentanyl to them.  Jerome admitted to one of his associates that he worked with Coby to distribute narcotics.  Jerome and the government have agreed that, if the Court accepts the plea agreement, Jerome will be sentenced to 150 months in federal prison.  Judge Hazel has scheduled sentencing for Jerome on June 15, 2020 at 2:00 p.m.