County High School Teacher Released on Own Recognizance Following Arrest in Connection to Alleged Sexual Encounters with Student; "The charges against Meredith Martin sicken me to my core," Schools Superintendent George Arlotto Says 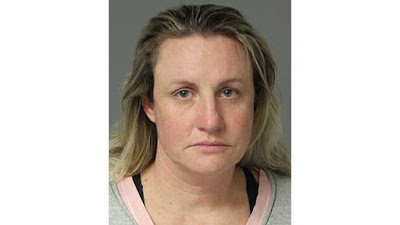 County High School Teacher Meredith Barry-Martin, 37, of Peggy Stewart Court in Edgewater, was arrested and charged yesterday with child sex abuse charges, in connection to alleged sexual encounters with a male student.  According to court records, Barry-Martin was released on her own recognizance by a commissioner at the District Court in Annapolis.

A school spokesperson confirmed with Report Annapolis that Barry-Martin, an employee of the school system for more than 12 years, was teaching Science at South River High School for about 7 years prior to being reassigned when school officials were made aware of the allegations.

On January 30, 2019 at 4:08 p.m., the Anne Arundel County Police responded to South River High School located at 201 Central Avenue East, Edgewater, Maryland in reference to a possible sex offense. The incident was involving a school-teacher and a teenage student which had occurred earlier.

School Administrators advised they received information that the teenage victim and a teacher were seen together initiating inappropriate contact.  Barry-Martin was immediately removed by the Anne Arundel County School Board from having any further contact with children.

On January 16, 2020, the teenage victim was interviewed by detectives where the victim disclosed having numerous sexual encounters with the teacher/suspect, Meredith Martin, in the Davidsonville and Edgewater area.

Working in conjunction with the Anne Arundel County State’s Attorney’s Office detectives obtained an arrest warrant charging Meredith Martin with five counts of sex abuse of a minor, eight counts of 4th degree sex offense involving a person in the position of authority, and two counts of perverted practice. On February 5, 2020, the suspect was taken into custody without incident.

"The charges against Meredith Martin sicken me to my core and besmirch the incredible work teachers across our county do with children every single day," County Schools Superintendent George Arlotto said in a written statement.  "No one who acts in the way in which Meredith Martin has been accused of acting should be around any children in any school."