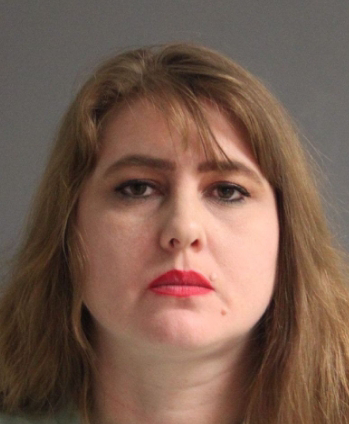 A Halethorp woman is facing numerous charges after allegedly throwing a molotov cocktail into a kingdom hall center in Glen Burnie.
On February 13, 2020 at approximately 10 a.m., members of the Anne Arundel County Fire and Explosives Investigation Unit, Anne Arundel County Police, and the Bureau of Alcohol, Tobacco, Firearms and Explosives responded to the Kingdom Hall of Jehovah's Witnesses, located at 1301 William St, Glen Burnie for a report of an attempted arson.
Upon arrival, investigators observed an exterior door had been broken out and inside the door were remnants of a destructive device or molotov cocktail. The church was occupied at the time of the incident.
Information gained led investigators to a suspect who resides in Baltimore County. Through a joint effort between Anne Arundel County Fire Investigators, Anne Arundel County Police, Baltimore County Police and the ATF, the suspect was quickly apprehended and detained for questioning the same day.
Heather Alena Meisel, 43, from Halethorpe was arrested and charged in Anne Arundel County with:
‌
Attempt murder 1st degree
Attempt murder 2nd degree
Attempt Arson
Malicious Burning
Manufacture/Possess a destructive device
Defacing a religious property
Destruction of Property
It is believed the suspect acted alone and there is no other threat at this time.
This is an active criminal investigation. Investigators are requesting that anyone with home video recording systems or who may have seen anything unusual in the area that morning contact them. They may be contacted at the TIPS line at 410-222-TIPS (8747) or by using the online form. Individuals may remain anonymous using either means of contact.