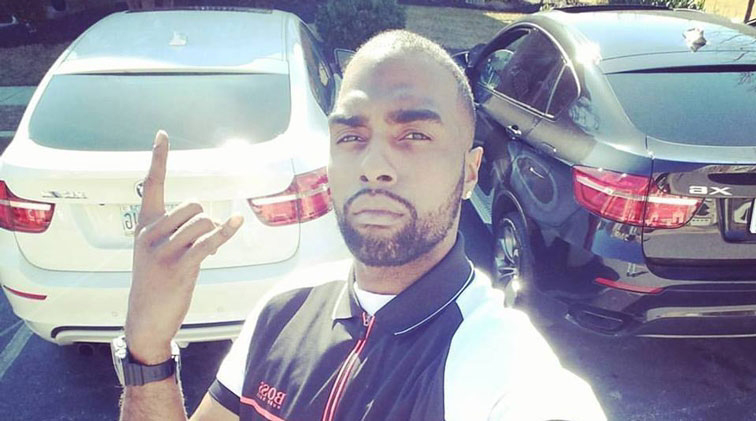 Chad Arrington, a/k/a “Chad Focus,” age 32, of Randallstown, Maryland, pleaded guilty today to a federal wire fraud conspiracy in connection with a scheme to use a company credit card to make over $4.1 million in unauthorized purchases.
According to his plea agreement, Arrington was employed by Company 1 as a Search Engine Optimization (“SEO”) Specialist from approximately 2011 to August 2018.  As an SEO Specialist, Arrington was responsible for promoting and marketing Company 1’s products and services online.  Company 1 assigned Arrington an American Express company credit card (the “credit card”) after Arrington signed an agreement in which he agreed to use the credit card only for business expenses related to Company 1.
Arrington admitted that from at least January 2015 through August 2018, Arrington and four co-conspirators used the credit card for fraudulent purchases, including to promote his hip-hop artist alter-ego, Chad Focus and Focus Music Entertainment and to make unauthorized purchases that benefitted them each personally. The co-conspirators were from Owings Mills, Maryland; York, Pennsylvania; Alexandria, Virginia; and Sarasota, Florida, respectively.  According to the plea agreement, Arrington used the credit card to make over $1.5 million in unauthorized purchases from entities and accounts controlled by Co-Conspirator 2 and Co-Conspirator 3, and then Co-Conspirator 2 and Co-Conspirator 3, in turn, kicked back hundreds of thousands of dollars to Arrington by funneling cash payments to Arrington and to accounts controlled by Arrington.
For example, Arrington admitted that he used the credit card to purchase sound equipment, studio kits, instruments, and music technology, which he then used to create an artist alter-ego “Chad Focus,” and produce a number of hip-hop songs through the company he formed, Focus Music Entertainment LLC.  Arrington then used the credit card to make additional unauthorized purchases: from online streaming platforms that offered services for artists to pay to have the platforms artificially increase Arrington’s song play counts on other music platforms; to purchase “likes,” “followers,” “tags,” and “views” across social media and viewing platforms; to purchase services from a company that promoted mixtape videos and singles, his image, and music; and to make unauthorized payments to multiple billboard companies to display images of Arrington and his website throughout the United States and to promote Chad Focus and Focus Music Entertainment LLC.
From January 2015 through August 2018, Arrington charged the credit card over $300,000 for unauthorized international and national travel expenses, hotels, airfares, night life and other miscellaneous expenses for himself and for Co-Conspirators 1 and 2.  In addition, Arrington made over $100,000 in unauthorized purchases of clothing and accessories, including hats that displayed his artist name “Focus,” and other apparel, which he provided to his associates free of charge.  Arrington also admitted that he utilized the credit card to make more than $275,000 in purchases related to a bike-sharing business, including electric bikes, hover boards, and scooters.
Arrington also admitted that he used the credit card for concert tickets, various unauthorized international and national travel expenses, including hotels, airfare, restaurant bills, luxury vehicle rentals, and nightlife expenses, and for travel expenses and airline tickets for the benefit of Co-Conspirators 1 and 2.
In order to conceal the scheme, Arrington asked Co-Conspirator 1 and Co-Conspirator 4 to use computer software to make false entries on the credit card billing statements in order to conceal the recipient of the payments from Arrington’s supervisor and Company 1.  In addition, Arrington forged the signature of his supervisor on his credit card billing statements to make it appear as though he had received approval for certain purchases when, in fact, he had not.  Arrington then sent those false payment authorizations to other employees who relied on the authorizations to ultimately pay off the outstanding balance of the credit card.
As detailed in his plea agreement, Arrington will be required to pay restitution in the full amount of the victim’s losses, $4,142,435.31.
Arrington faces a maximum sentence of 20 years in prison for the wire fraud conspiracy.  U.S. District Judge Richard D. Bennett has scheduled sentencing for May 14, 2020 at 3:00 p.m.