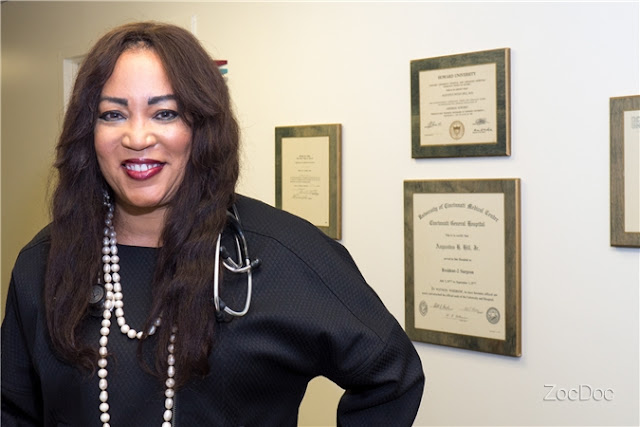 Dr. Crystal Mebane McGinty, age 59, will serve two years in prison, followed by three years of supervised release, for mail fraud and for theft of government property in connection with a scheme to obtain over $517,000 of her deceased mother’s social security and City of New York teachers’ retirement benefits.  Judge Xinis also ordered McGinty to forfeit and pay restitution in the form of a money judgment of $517,000.


“This prosecution demonstrates that we will not tolerate criminals who lie, cheat, and steal to obtain benefits to which they are not entitled.  Crystal McGinty will now serve two years in federal prison, where there is no parole—ever.  She not only defrauded the Social Security Administration, but all law-abiding citizens, and I am hopeful that this sentence will deter others who may be tempted to do the same,” said U.S. Attorney Robert K. Hur.

According to her plea agreement, during the course of the fraud McGinty worked as a physician at practices in Maryland and Washington, D.C.  McGinty’s mother died on June 17, 2005, and McGinty was listed as the informant on the death certificate.

McGinty admitted that from June 2005 through June 2018, she engaged in a scheme to commit mail fraud and theft of government property by spending her deceased mother’s Social Security Administration (SSA) retirement payments and Teachers’ Retirement System of the City of New York (TRSCNY) pension payments.  McGinty did not disclose and concealed her mother’s death from TRSCNY and the SSA, in part, by posing as her deceased mother, in order to continue receiving her mother’s retirement payments.

As detailed in the plea agreement, McGinty deposited her mother’s TRSCNY checks, which were mailed to McGinty’s home, into a joint checking acount.  The checks bore McGinty’s signature and her mother’s signature.  McGinty’s mother’s SSA payments were also deposited into that bank account.  Further, TRSCNY records show that from 2012 to 2017, McGinty signed and submitted several proof-of-life forms to TRSCNY, including some in which she identified herself as her deceased mother’s physician, in order to continue to receive her mother’s retirement benefits.  TRSCNY records also show that after they stopped mailing her mother’s pension checks, McGinty called TRSCNY on May 31, 2016, posing as her deceased mother and provided her deceased mother’s identifying information, in an effort to get the pension benefits reinstated.

Further, McGinty admitted that she routinely withdrew her deceased mother’s TRSCNY and SSA retirement benefits from the bank through cash withdrawals or by transferring the funds to her personal accounts each month.  McGinty used the funds to pay for the mortgage and utility bills at her Silver Spring home, renewal of her medical license, department store purchases, tuition at a private high school in Washington, D.C., international and domestic travel, and a cruise vacation.

According to public records, the Maryland Board of Physicians suspended McGinty’s license on January 17, 2019, and McGinty permanently surrendered her license on April 23, 2019.