Man Gets Life Plus 35 Years for Murder of 24 Year Old Man in Broad Daylight; Police Search Shooter’s Home and Find Journals That Foreshadow the Victim’s Death 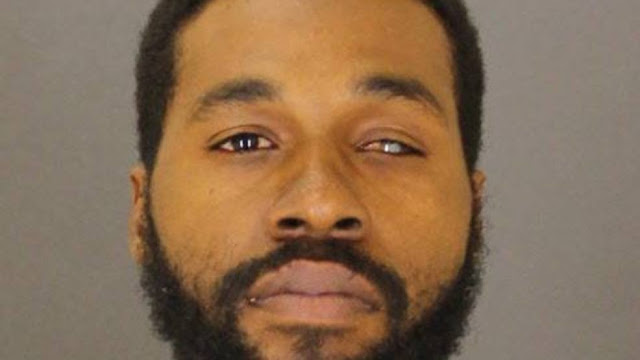 Today, Tyrone White, 35, received a total sentence of life plus 35 years for the murder of Daniel Brinkley, 24, in October of 2017.

In July of 2019, a Baltimore City jury convicted White of first-degree murder, firearm use in a felony crime of violence, and firearm possession after a disqualifying crime.

During the sentencing, 5 victim impact statement letters were entered in the record and the judge specifically noted them as part of his reasoning in determining the appropriate sentence. At sentencing, members of the victim’s family spoke about the caring and happy young man Daniel “Danny” Brinkley was, how he was a vital part of their family and how his death has left them all “with a hole in their hearts."


At 8:29 am on October 2, 2017 officers responded to a call for a serious shooting that occurred in the 1300 block of Myrtle Ave. in the Upton community. Upon their arrival, they were informed that the victim, later identified as Daniel Brinkley had been transported by Medic 17 to the University of Maryland Shock Trauma Hospital.

A canvas of the crime scene yielded blood, two bullet casings, pocket change, clothing, and cell phone chargers. Minutes after the shooting, Brinkley—despite medical efforts—was pronounced deceased at 8:53 am. An autopsy examination ruled the Victim’s death a homicide and revealed that he suffered six gunshot wounds.

At the scene, a community member identified the shooter as Tyrone White to police and gave officers a detailed physical description of the shooter; stating that the suspect was known in the neighborhood as "Ty." The witness described the shooter’s appearance, and said that he wore a brown leather jacket, blue jeans, and black boots, and explained that White’s eye was noticeably disfigured because of a previous shooting. His report of the events were that White shot the Brinkley several times, then rummaged through the victim's pockets and removed miscellaneous items before he fled the area on foot.

Detectives identified a male named Tyrone White who matched the suspect’s description of the man known as "Ty." Through photographic array the witness positively identified White as the person who approached, shot him, and then robbed Daniel Brinkley.

Shortly after the homicide occurred, police received another call that ammo and a speed loader were found inside the trashcan of a church that was three blocks away from the defendant’s residence. Body-worn camera footage captured the officers' removal of ammo, a speed loader, a brown coat, and black boots from the trashcan. All pieces of physical evidence corroborated the witness’s testimony.

The defendant was arrested within 24 hours of the shooting but denied knowing the victim and provided police with an alibi of his whereabouts at the time the shooting occurred. BPD acquired a search warrant for White’s home, where they found the defendant’s journals that included numerous mentions of the victim threats of violence toward Brinkley. In an entry dated the day before the shooting, the Defendant wrote that “Danny needs to learn a lesson."

“I want Danny’s family to know that there is no consolation for their tremendous suffering and loss, but I hope that today’s outcome provides some level of peace knowing that the man responsible for this tragedy will never step foot on the streets of Baltimore more again.” said State’s Attorney Marilyn Mosby. “It should also be recognized that this substantial prison sentence would not have been possible if not for the diligence of ASA Marsh, the willingness of the community member who identified the shooter as well as the fine work of BPD who recovered the evidence and swiftly apprehended the defendant.”