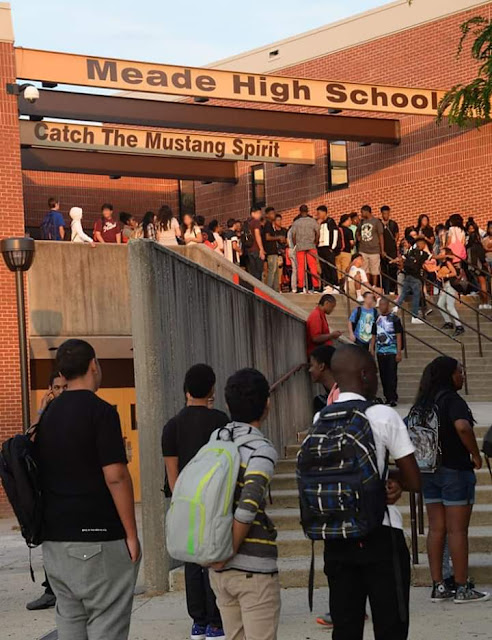 A 2018 report by the local health department identifies bullying as a public health issue which likely affects thousands of middle and high school students across Anne Arundel County. The parent of a student enrolled at Meade High School finds no peace in knowing that her child is just one of many children affected by the growing epidemic.

"My daughter has been bullied since the school year started," the perturbed mom said."The administrators at the school have done very little to address the issue, and I honestly fear for her safety at this point."

"A pattern or behavior where a person repeatedly
uses power in an intentional manner, including
verbal, physical, or written conduct or electronic
communication which adversely affect a student’s
ability to participate in or benefit from the school’s
educational programs or activities."

The handbook also states that bullying is a behavior which creates a hostile school environment, and "does not reflect respect for others as defined by the code of student conduct. "

Recently, the woman's daughter reported an incident which involved another student allegedly making a gun-like hand gesture (described as a 'finger gun' as pictured in an unrelated photo below) 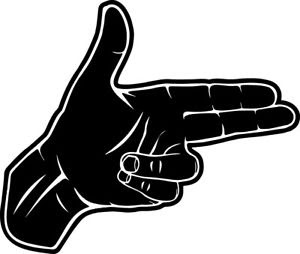 and simulating shooting her, a matter that was "thoroughly investigated," according to an administrator at the school. "The alleged offenders denied the action,"  the administrator said in an email. "No camera footage caught it."

During an hour-long interview with Report Annapolis, the Hanover resident gave an emotional account of the day she arrived at Meade High prepared to chaperone a field trip with her daughter, but was eventually notified by a school administrator that she was being officially banned from school grounds.

In a 1-page letter signed by the school principal, the parent is said to have "approached two students and directed them to stay away from your daughter," a claim the child's mother disputes.

"I absolutely never 'approached' those children," she said. "Being inappropriately banned from my own child's school is just as unfair as it is insulting." 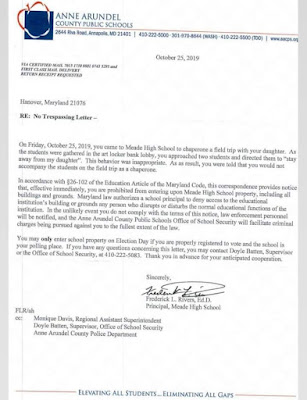 The letter continues by highlighting the law that seemingly provides the principal with the authority to issue such a notice. "Effective immediately, you are prohibited from entering upon Meade High School property," the school principal wrote. "Maryland Law authorizes a school principal to deny access to any person who disrupts or disturbs the normal functions of the institution."

Former candidate for the county council Torrey Snow took to social media to express his thoughts regarding the decision to ban the child's mother from the school campus, describing it as "very heavy-handed."  "I think a warning may have been more appropriate." he said in a Facebook post."Our public schools are becoming more and more dangerous,  it's about time we work to give parents access to alternatives."

As of yesterday, the school, the child and the child's mother have all agreed to a safety plan, a step in the right direction for which the mother and student are both relieved and grateful. "This is the first time all year we have not feared for her safety," she said. "For that, I am thankful."

The mother is awaiting a formal response from the school regarding her request to have the ban lifted. An administrator wrote in an email that the letter lifting the ban was being looked into.  "This is not our typical protocol, it's being done" the administrator said reassuring the mother. "Our principal is just working with his secretary on how to go about writing it."

More information about the school system's anti-bullying initiative can be found at: www.aacps.org/antibullying 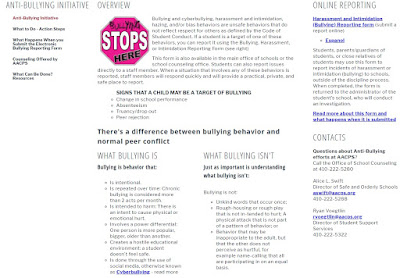