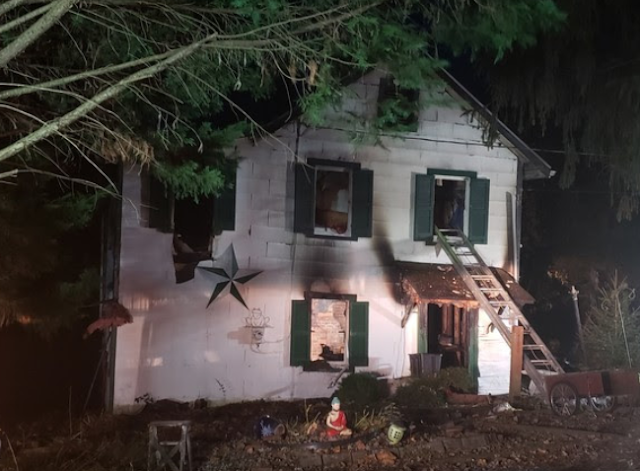 The Office of the State Fire Marshal, Maryland State Police, and the Bureau of Alcohol, Tobacco, Firearms and Explosives, are currently at the scene of a fatal house fire in Sykesville that resulted in the death of two residents.

After 9:00 p.m. last night, a resident of the historic property's main home on 935 Raincliffe Road called 9-1-1 after observing flames and smoke emanating from the smaller house in the back of the property that was used as a caretaker's residence. Winfield and Sykesville Fire Departments reported to the scene and discovered two deceased individuals within the home, an adult male and a adult female.

The Office of the Chief Medical Examiner is currently establishing the identities of the victims while fire scene investigators determine the origin and cause of the blaze.

There were no smoke alarms present within the home and numerous portable heaters were in use at the time of the fire, however, the investigation is still ongoing to determine what exactly ignited the fire. At this point in time, there has been no evidence to suggest arson or any other kind of foul play.