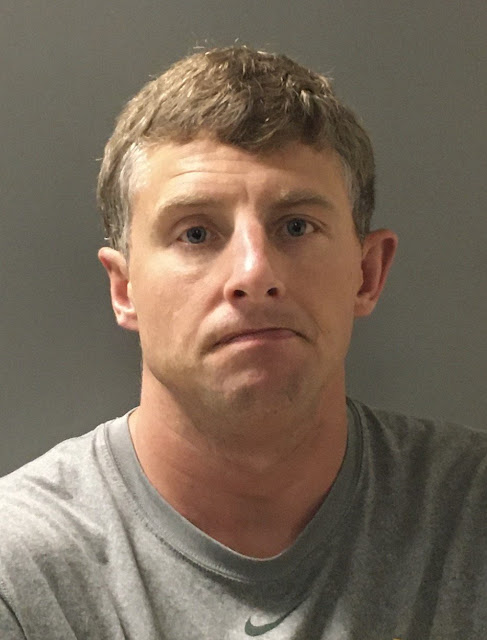 Detectives from the Montgomery County Department of Police – Special Victims Investigations Division, have arrested and charged Peter Wright Priest Mason, age 42, of New Market, for sexually abusing a Colonel Zadok Magruder High School female student.  At the time of these offenses, Mason was employed as a teacher for Montgomery County Public Schools at Colonel Zadok Magruder High School which is located at 5939 Muncaster Mill Road in Derwood.

On November 2, detectives began investigating the report that Mason had engaged in a sexual relationship with the victim.

This afternoon (November 20), Mason was arrested on the strength of a Montgomery County arrest warrant charging him with sexual abuse of a minor and fourth-degree sex offense by a person in a position of authority.


Mason has been employed with MCPS since 2011 and worked as a paraeducator at Northwest High School (located at 13501 Richter Farm Road in Germantown) from 2011 to 2015.

Detectives are requesting that parents of students who may have had contact with Mason talk to their children about their interactions with him and contact SVID detectives at 240-773-5400 if they believe their child was victimized.