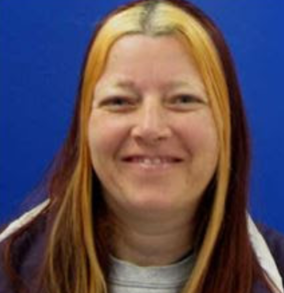 On Tuesday, October 23, 2018 at approximately 6:00 p.m., police responded to the 1400 block of Furnace Avenue, Glen Burnie, Maryland for recovered human remains. A citizen walking their dog discovered the remains on the shoreline. The Homicide Unit along with the Evidence Collection unit responded and processed the scene. The remains were transported to the Office of the Chief Medical Examiner (OCME) for examination/identification purposes. Over the next several weeks several searches were conducted in the area to include both land and water utilizing a multitude of state and local resources to locate any possible additional remains.

The Anne Arundel County Homicide Unit is working with the Office of the Chief Medical Examiner to determine the exact cause and manner of the injuries sustained to the remains. Throughout the critical missing/recovered remains investigation several interviews and search warrants have been executed over the past few months. Several pieces of evidence have been recovered for further forensic analysis.

The Anne Arundel County Police is very concerned for the welfare of Melanie Meleney. A cash reward of up to thirteen thousand dollars ($13,000.00) is being offered in reference to the disappearance of Ms. Meleney. Due to the suspicious circumstances surrounding her disappearance the Anne Arundel County Police Department is offering up to a ten thousand dollar ($10,000.00) reward for information leading to her recovery. Members of Melanie Meleney’s family has also added an additional one thousand dollars ($1,000.00) reward for her return. You may also be eligible for additional reward monies of up to two thousand dollars ($2,000.00) if your tip leads to an arrest and conviction in a felony case through Metro Crime Stoppers.

Due to the passage of time, homicide detectives are aware witnesses might be more likely to come forward and discuss the event surrounding Ms. Meleney’s disappearance.   Detectives realize relationships change where witnesses may have moved from the area and may be more comfortable with assisting with the investigation.