Carl Snowden: the police department building should be named after the first black chief 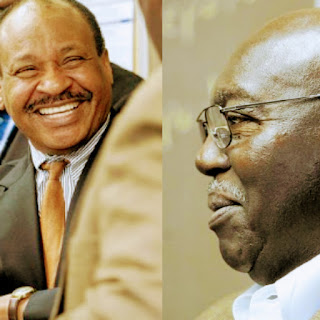 Annapolis' own Carl Snowden, a long time civil rights activist, has urged the Annapolis City Council to give the city police building a name.

Yesterday, Mr. Snowden sent an email to the members of the city council, requesting a resolution be introduced to name the Annapolis Police Department building, located at 199 Tyler Avenue, after Former Police Chief Joseph S. Johnson, the first black police chief in city history, who served in that role for more than a decade.

“As the City Council approaches its mid-term, we believe that this resolution, if approved, will be a shining example of the City’s goal of documenting and preserving the history of African Americans whose service made our city a better a place for all of its citizens,” says Mr. Snowden, Convener of the Caucus of African American Leaders. "We think it’s important to recognize them while they’re living."


A native Annapolitan, Johnson served as the city’s top cop from 1994 to 2008. From 2010 until 2014, Johnson worked as the chief of staff for the Housing Authority of the City of Annapolis.