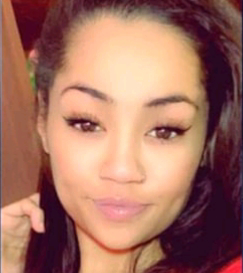 Baltimore County Police are continuing to investigate an early morning 5-car collision that killed a woman and injured her 3-year-old son.
The crash happened around 12:30 a.m. on Eastern Boulevard near White Marsh Boulevard when a Honda Element traveling westbound sideswiped another vehicle travelling in the same direction, then veered across the grass median, striking the Toyota Corolla that the woman and child were traveling eastbound in head-on.
The Honda struck two additional vehicles before coming to a stop, causing minor injuries to those occupants.
The driver of the Toyota, identified as Alexis Lashey Steele (23) of the 3900 block of Cutty Sark Road, 21220, was transported to R Adams Cowley Shock Trauma Center where she later died. Her 3-year-old son, a passenger in the vehicle, was also transported to an area hospital with non-life-threatening injuries.
The driver of the Honda suffered life-threatening injuries and remains hospitalized. Officers from the Baltimore County Police Crash Investigation Team are working to determine the factors involved in the crash, including determining if any drug or alcohol intoxication is involved in this fatal crash.