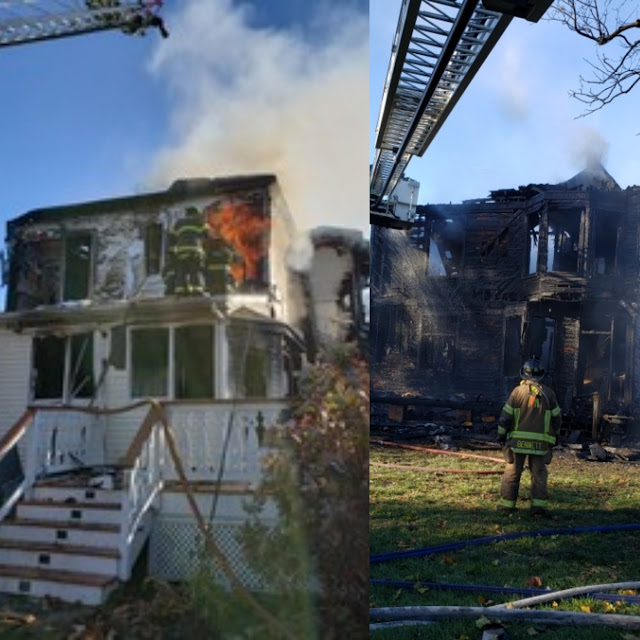 The Office of the State Fire Marshal is currently investigating a fatal fire in Havre de Grace with the support of the Bureau of Alcohol, Tobacco, Firearms, and Explosives (ATF), and the Harford County Sheriff's Office.

At 12:19 p.m. neighbors of 4036 Webster Road reported large amounts of smoke and flames emanating from the front of the 2-story dwelling. Level Volunteer Fire Company responded to the 3-alarm fire with support from several departments in both Harford and Cecil counties. It took two and half hours for approximately 50 firefighters to contain the blaze.

One adult was found deceased on scene. There were no additional people at home at the time of the fire. The Office of the Chief Medical Examiner is conducting an autopsy to determine cause of death and identity of the victim.

The fire scene is being investigated by deputies of the Northeast Regional Office of the State Fire Marshal. Anyone with additional information is asked to contact this office at 410-836-4852.