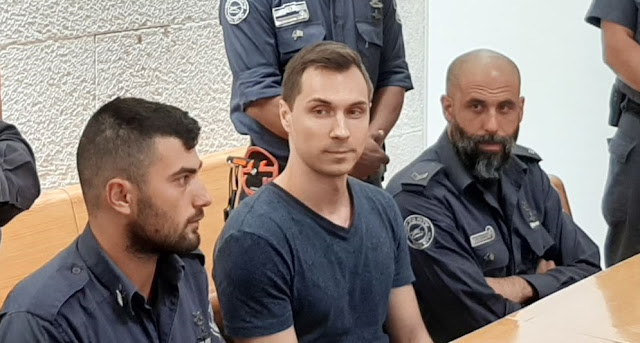 A Russian national made his initial appearance in federal court today on charges related to his alleged operation of two websites devoted to the facilitation of payment card fraud, computer hacking, and other crimes.

Aleksei Burkov, 29, arrived at Dulles International Airport last night after being extradited from Israel. The indictment was unsealed today.

According to court documents, Burkov allegedly ran a website called “Cardplanet” that sold payment card numbers (e.g., debit and credit cards) that had been stolen primarily through computer intrusions. Many of the cards offered for sale belonged to United States citizens. The stolen credit card data sold on Burkov’s site has resulted in over $20 million in fraudulent purchases made on United States credit cards.

Additionally, Burkov allegedly ran another website that served as an invite-only club where elite cybercriminals could advertise stolen goods, such as personal identifying information and malicious software, and criminal services, such as money laundering and hacking services. To obtain membership in Burkov’s cybercrime forum, prospective members needed three existing members to “vouch” for their good reputation among cybercriminals and to provide a sum of money, normally $5,000, as insurance. These measures were designed to keep law enforcement from accessing Burkov’s cybercrime forum and to ensure that members of the forum honored any deals made while conducting business on the forum.

Burkov was arrested at Ben-Gurion airport near Tel Aviv in December 2015. An Israeli district court approved his extradition in 2017. He was extradited yesterday after appeals to the Israeli Supreme Court and the Israeli High Court of Justice were denied.

Burkov is scheduled for a detention hearing on Friday at 2 p.m. at the federal courthouse in Alexandria.

Burkov is charged with wire fraud, access device fraud, and conspiracy to commit wire fraud, access device fraud, computer intrusions, identity theft, and money laundering. If convicted on all counts, he faces a maximum of 80 years in prison. Actual sentences for federal crimes are typically less than the maximum penalties. A federal district court judge will determine any sentence after taking into account the U.S. Sentencing Guidelines and other statutory factors.