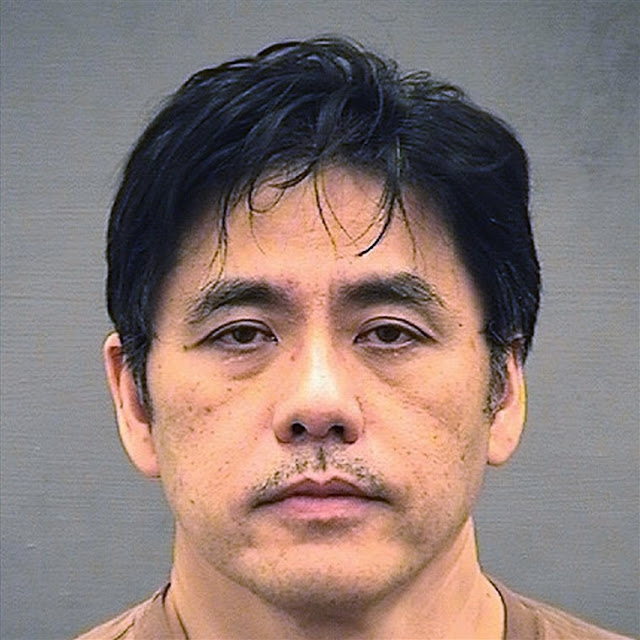 A former Central Intelligence Agency (CIA) case officer was sentenced today to 19 years in prison for conspiring to communicate, deliver and transmit national defense information to the People’s Republic of China.

“As I stated at the time of the defendant’s admission of guilt, those Americans entrusted with our government’s most closely held secrets have a tremendous responsibility to safeguard that information,” said G. Zachary Terwilliger, U.S. Attorney for the Eastern District of Virginia. “Instead of embracing that responsibility and honoring his commitment to not disclose national defense information, Lee sold out his country, conspired to become a spy for a foreign government, and then repeatedly lied to investigators about his conduct. This prosecution and sentence should serve as a clear warning to others who are contemplating selling out to the highest bidder and capitalizing on their position of trust. My thanks to the prosecutors, agents and our intelligence community partners for their terrific work on this important case.”

According to court documents, Jerry Chun Shing Lee, 55, left the CIA in 2007 and began residing in Hong Kong. In April 2010, two Chinese intelligence officers (IOs) approached Lee and offered to pay him for national defense information he had acquired as a CIA case officer. The IOs also told Lee they had prepared for him a gift of $100,000 cash, and they offered to take care of him “for life” in exchange for his cooperation.

“In just over a year, we have convicted three Americans for committing espionage offenses on behalf of the Chinese government. Each has now received a sentence of at least a decade,” said Assistant Attorney General for National Security John C. Demers. “Sadly, all three of them are former members of the U.S. Intelligence Community. These convictions and sentences should send a strong message to current and former security clearance holders: be aware that the Chinese government targets you - - and if you betray us, be aware that the Department of Justice will hold you accountable.”

Beginning sometime in May 2010 and continuing into at least 2011, Lee received requests for information, or taskings, from the Chinese IOs. The majority of the taskings asked Lee to reveal sensitive information about the CIA, including national defense information. On May 14, 2010, Lee made or caused to be made a cash deposit of $138,000 HKD (approximately $17,468 in USD) into his personal bank account in Hong Kong. This would be the first of hundreds of thousands of dollars (USD equivalent) in cash deposits Lee made or caused to be made into his personal HSBC account from May 2010 through December 2013.

“Lee betrayed his own country for greed and put his former colleagues at risk. The seriousness of his betrayal and crime is demonstrated by today's sentencing,” said Timothy R. Slater, Assistant Director in Charge of the FBI's Washington Field Office. “The FBI and our partners will continue to aggressively pursue those who put our nation's security in danger to benefit our adversaries.  The US government will not stand by while the Chinese intelligence service targets our government employees for their gain and to the detriment of US national security.”

On May 26, 2010, Lee created on his laptop computer a document that described, among other things, certain locations to which the CIA would assign officers with certain identified experience, as well as the particular location and timeframe of a sensitive CIA operation. After Lee created this document, he transferred it from his laptop to a thumb drive. The document included national defense information of the United States that was classified at the Secret level.

In August 2012, the FBI conducted a court-authorized search of a hotel room in Honolulu, Hawaii registered in Lee’s name. The search revealed that Lee possessed the thumb drive within his personal luggage. The FBI forensically imaged the thumb drive and later located the document in the unallocated space of the thumb drive, meaning that it had been deleted. The search also revealed that Lee possessed a day planner and an address book that contained handwritten notes made by Lee that mostly related to his work as a CIA case officer prior to 2004. These notes included, among other things, intelligence provided by CIA assets, true names of assets, operational meeting locations and phone numbers, and information about covert facilities.

The FBI interviewers also confronted Lee with the sensitive document discovered on the thumb drive. Lee falsely denied that he possessed it, claimed not to know who created it, and denied knowing why it would have been on his computer. He also denied deleting the document. Approximately one week later, in another FBI interview, Lee admitted that he created the document in response to two taskings from the IOs and transferred it to a thumb drive. He also said he thought about giving it to the IOs but never did.

In a January 2018 interview with the FBI, Lee falsely denied that he ever kept any work-related notes at home. When shown a photocopy of the front covers of the day planner and address book described above, as well as a copy of his handwriting therein, Lee falsely denied that he possessed the notebooks while transiting through Hawaii in August 2012. Lee also falsely denied that either of the books contained notes from asset meetings but conceded that any such notes would be classified. Further, Lee falsely denied that he ever put the sensitive document on a thumb drive, notwithstanding the fact that he had admitted having done so when interviewed by FBI agents in May 2013. Finally, Lee also falsely told the interviewing agents that in drafting this document he was writing down things “more [like] a diary thing,” notwithstanding the fact that in May 2013 he had told FBI agents that he had created the document in response to two taskings from the Chinese IOs.

Lee pleaded guilty to conspiracy to deliver national defense information to aid a foreign government on May 1.