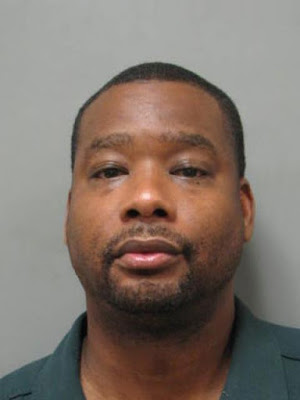 Nakym Sheffield, 41, of Germantown, MD was found guilty of burglarizing four separate elementary schools in the District of Columbia between March and May 2018, U.S. Attorney Jessie K. Liu announced.

According to the government’s evidence at trial, on March 20, 2018, Sheffield entered Bridges Elementary School located at 100 Gallatin St. NE at dismissal and wandered the halls of the school until finding an empty classroom stealing a teacher’s wallet from inside. The teacher was unaware of the theft until she received an alert from her bank notifying her that her card was being used at a local Safeway store.

On April 11, 2018, Sheffield entered two more elementary schools in the Anacostia area of D.C., Ketcham Elementary School at 1919 15th St SE and D.C. Prep Public Charter School at 1409 V St SE during dismissal. Sheffield wandered the halls of the school until finding empty classrooms and stole credit cards and money from teachers who were assisting students during parent pick up. Sheffield again charged the teachers credit cards for over $500.00 in VISA gift cards and other purchases at local Safeway stores.

On May 3, 2018, Sheffield entered Stanton Elementary School at 2701 Naylor Road SE, at morning drop-off and stole credit cards and cash from a school administrator and a teacher. He then went to a Target Store in District Heights, MD where he attempted to purchase $400.00 in VISA gift cards.

After an extensive investigation by the Metropolitan Police Department, obtaining surveillance video and financial records evidencing the very distinct Modus Operandi, law enforcement identified Nakym Sheffield as the perpetrator of the burglary spree. Sheffield was arrested on a D.C. Superior Court arrest warrant on May 17, 2018, and subsequently charged. After a six-day trial, the jury convicted Sheffield on each count of the indictment.