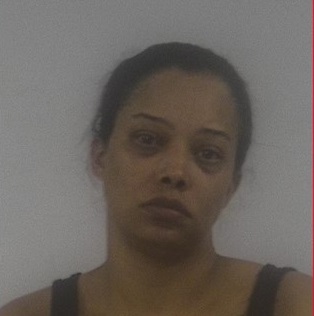 According to court documents, Symphoni V. Wiggins, 38, mixed, prepared, and stored heroin and fentanyl in her home for a kilogram-weight drug distributor on the Peninsula from at least May until December 2018. Co-conspirators would pick up heroin and fentanyl at Wiggins’s house, then take that heroin and fentanyl and deal it to customers on the street, including other drug dealers. In communications with another co-conspirator, Wiggins boasted that she was “the master mixer.”

As part of her plea agreement, Wiggins also has agreed to a $159,000 forfeiture judgment.

Wiggins was charged by indictment along with 38 other defendants as part of Operation Cookout. The 106-count indictment alleges various offenses, including conspiracy to distribute and possess with intent to distribute cocaine, heroin, cocaine base, and fentanyl; conspiracy to launder money; felon in possession of a firearm; maintaining drug-involved premises; use of a communication facility in furtherance of drug trafficking; interstate travel in aid of racketeering enterprises; and illegal re-entry by a previously deported or removed alien.

Wiggins pleaded guilty to conspiracy to distribute and possess with intent to distribute 100 grams or more of heroin and 40 grams or more of fentanyl. She faces a mandatory minimum sentence of five years and a maximum sentence of forty years in prison when sentenced on March 20, 2020. Actual sentences for federal crimes are typically less than the maximum penalties. A federal district court judge will determine any sentence after taking into account the U.S. Sentencing Guidelines and other statutory factors.