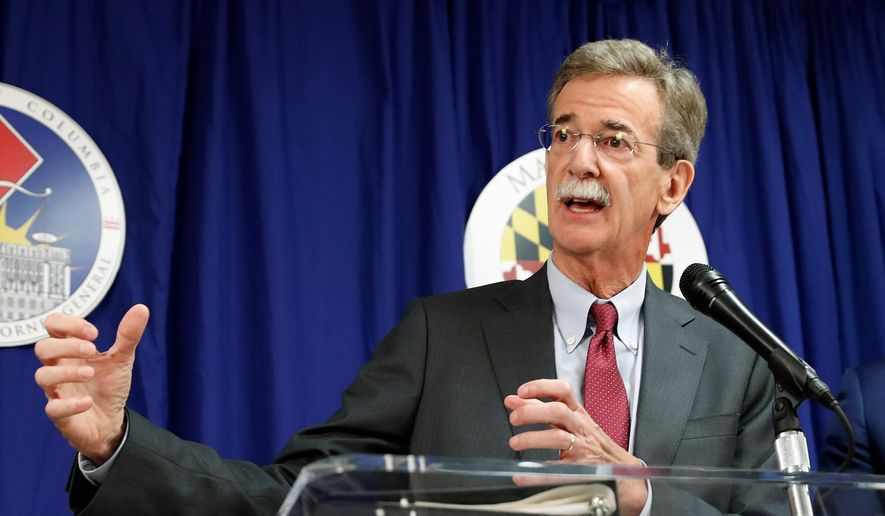 Maryland Joins Coalition of 23 Attorneys General Fighting to Ensure Transgender Students Can Use Restrooms in Line with Their Gender Identity
Attorney General Brian E. Frosh joined a coalition of 23 attorneys general fighting to support transgender rights in an antidiscrimination lawsuit against the Gloucester County School Board in Virginia.  Gavin Grimm, a former student at Gloucester High School, sued the local school board in 2015, when he was still a student, for discrimination that banned him from using the common male restrooms at his high school.  The coalition filed an amicus brief in the Court of Appeals for the Fourth Circuit in support of Grimm in the case of Gavin Grimm v. Gloucester County School Board.
“Discrimination against transgender individuals serves no legitimate interests, provokes unwarranted fear, and has real emotional, social, and health consequences,” said Attorney General Frosh. “For these reasons among others, Maryland law prohibits discrimination on the basis of gender identity in public accommodations, employment, and housing.”
Grimm not only sued to challenge the Gloucester County School Board’s policy of banning him from using the common male restrooms at his high school, but also the board’s refusal to update his educational records to correspond with his updated birth certificate that reflects his male gender.  The federal district court in Virginia ruled in Grimm’s favor in August 2019, finding that the school board’s actions discriminated against Grimm because of his sex in violation of Title IX and the Equal Protection Clause of the U.S. Constitution.
In their brief, the attorneys general argue that transgender individuals have the right “to live with dignity, be free from discrimination, and have equal access to education, employment, housing, public accommodations, and other necessities of life” and that policies that prevent transgender individuals from using gender-segregated facilities consistent with their gender identity cause stigma, isolation, and exclusion.  In fact, policies that allow students and members of the public to use gender-segregated facilities consistent with their gender identity promote safe and inclusive communities, workplaces, and schools, and benefit the people of the states without harming personal privacy or safety interests, or without incurring any substantial costs.
Finally, the brief highlights that the school board’s restroom policy preventing transgender people from using common restrooms consistent with their gender identity and its refusal to update Grimm’s school records do nothing to further legitimate governmental interests and only serve to stigmatize transgender persons in violation of the Constitution’s Equal Protection Clause.
Nearly 1.5 million people in the United States, including approximately 150,000 teenagers, currently identify as transgender.
In March 2017, Attorney General Frosh joined a coalition of attorneys general in filing an amicus brief with the U.S. Supreme Court supporting Grimm, before the Court remanded the case for further proceedings in which Grimm prevailed.
Attorney General Frosh joins the attorneys general of California, Colorado, Connecticut, Delaware, the District of Columbia, Hawaii, Illinois, Maine, Massachusetts, Michigan, Minnesota, Nevada, New Jersey, New Mexico, New York, North Carolina, Oregon, Pennsylvania, Rhode Island, Vermont, Virginia, and Washington, in filing the brief.