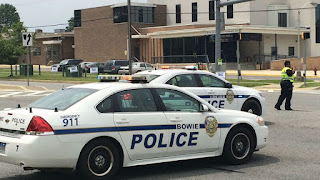 Lt. Ernest Stanley, Commander of the Investigative Services Division for the Bowie Police Department has been indicted for misconduct while in office.

On Auguat 8, 2018, Lt. Ernest Stanley made a traffic stop on a vehicle with two occupants while in uniform. The driver accelerated and fled the scene. At that time, Lt. Stanley fired three rounds of his firearm, striking the vehicle once.

At the time of the shooting, neither occupants posed an imminent threat to the officer or the community, according to the indictment.

Stanley is suspended with pay, the department says.