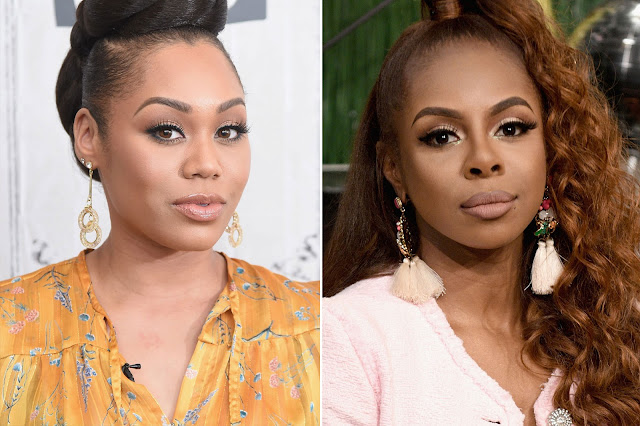 Last week, we reported to our readers some unusual celebrity news originating from Montgomery County, Maryland.

36 year old Monique Collette Cox-Samuels, of Pleasant Hill Drive in Potomac, was charged with second-degree assault in a case filed in the Rockville District Court of Montgomery County, Maryland. The civillian-complaint and application for charges were filed by her fellow cast member, Candiace Dillard.

According to court records, Candiace D. Dillard-Bassett, 32, of Sprintsail Way in Oxon Hill, has now been charged with second degree assault, by her co-star on the hit Bravo series, Real Housewives of Potomac, Monique Samuels.

On Thursday, November 14, Samuels filed a civillian complaint and application of charges against Dillard, exactly 7 days after the same was filed against her.

Like Monique, Candiace has been charged with misdemeanor assault stemming from an incident which took place on October 16.  A trial is scheduled to take place on December 23 at the District Courthouse in Rockville.

Monique Samuels is scheduled to appear in the same courthouse on the same day and time.

According to the website for the law office of Price Benowitz located in Rockville Maryland, second degree assault is not as serious as first degree assault, but a conviction carries a penalty of up to 10 years in prison and a fine not to exceed $2,500.

To view the initial story, click on the link below: