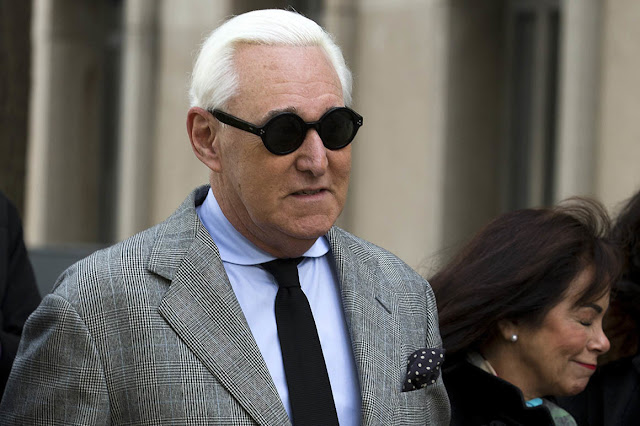 Roger J. Stone, Jr., of Florida, was found guilty by a jury today of obstructing a congressional investigation into Russian interference in the 2016 U.S. presidential election and related offenses. The announcement was made by U.S. Attorney Jessie K. Liu and Timothy R. Slater, Assistant Director in Charge of the FBI’s Washington Field Office.

Stone was found guilty of obstruction of a congressional investigation, five counts of making false statements to Congress, and tampering with a witness. The verdict followed a trial in the U.S. District Court for the District of Columbia. Stone faces a prison sentence of up to five years for counts one to six and up to 20 years for count seven. He will be sentenced on February 6, 2020, by the Honorable Amy Berman Jackson.

According to the government’s evidence, in January 2017, the United States House of Representatives Select Permanent Committee on Intelligence (“House Intelligence Committee”) announced an investigation into allegations of Russian interference in the 2016 U.S. presidential election, including allegations that Russia was involved in the publication of documents related to the presidential election by WikiLeaks in 2016.

On October 13, 2017, Stone sent the House Intelligence Committee a letter falsely stating that the person he had referenced in August 2016 was an individual named Randy Credico.