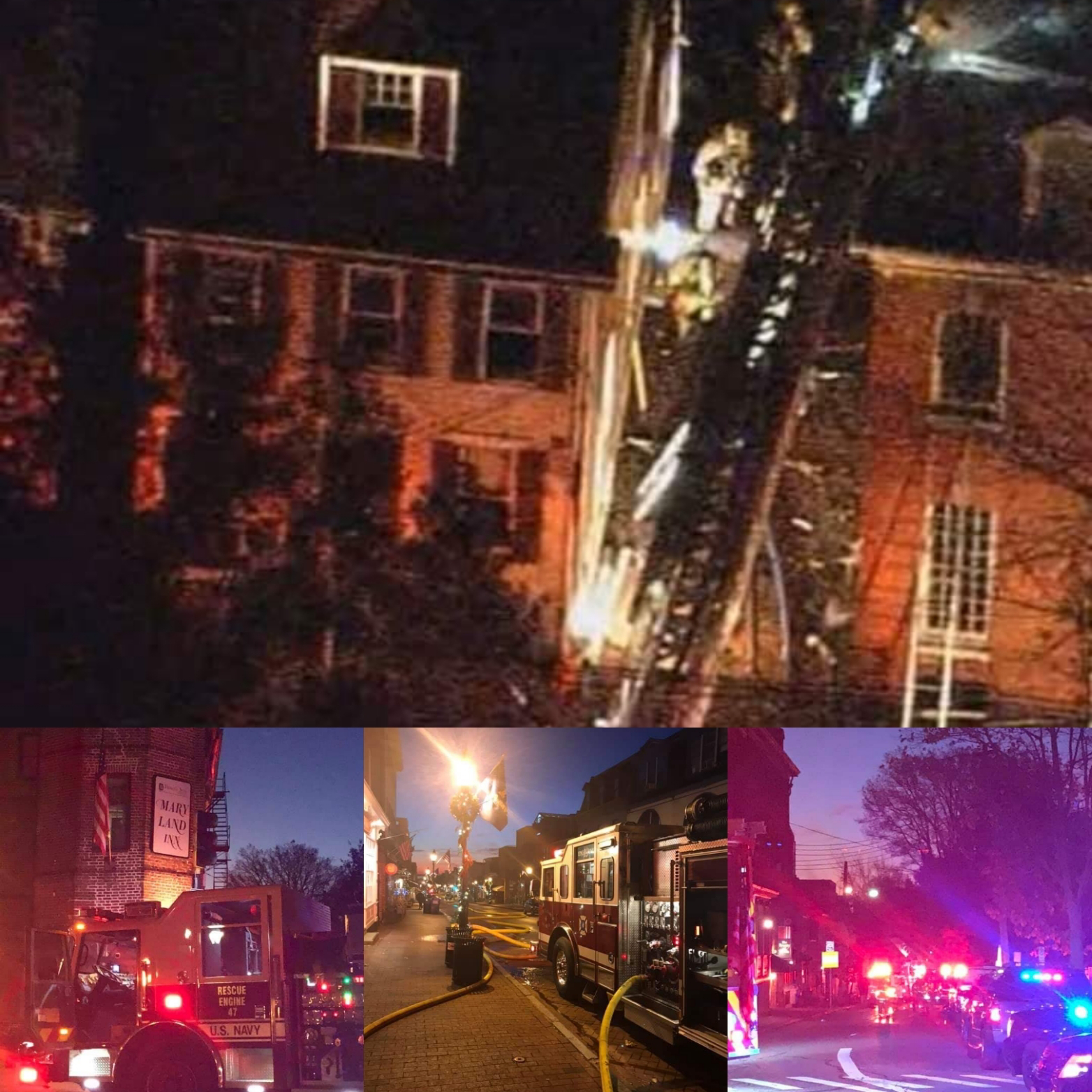 This morning at approximately 4:15 AM, the Annapolis Fire Department was dispatched to the 100 block of Duke of Gloucester for a reported structure fire with multiple 911 calls received.
On arrival, fire crews encountered a three story historic building with heavy fire on all three floors.
The building on fire housed a law office and the neighboring buildings that were exposed to the fire were offices on one side, and residence on the other side.
All eight residence in the neighboring building were awaken and safely evacuated by fire crews.  The fire was placed under control at approximately 5:30 am.
One Firefighter was transported to a local medical facility with minor injuries.
Annapolis City Building Inspectors have been dispatched to the scene to determine the habitability and structural stability of the buildings involved.
Duke of Gloucester will remain closed while the cause and origin of the fire is under investigation.
There were a total of 55 firefighters on scene from Annapolis Fire, with assistance from Naval District Washington and Anne Arundel County Fire Departments.