Officials Close Investigation Into the Death of Bijan Ghaisar 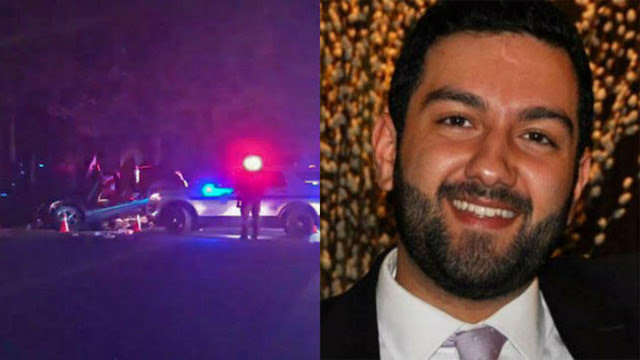 Officials from the Civil Rights Division, the United States Attorney’s Office for the District of Columbia, and the Federal Bureau of Investigation (“FBI”) informed representatives of Mr. Ghaisar’s family today of this determination. Based on the information available at this time, the Department cannot prove, beyond a reasonable doubt, that the two USPP officers committed willful violations of the applicable federal criminal civil rights statute when they shot Mr. Ghaisar.

The Department conducted an extensive investigation into the shooting of Mr. Ghaisar. The FBI interviewed more than 150 individuals, including law enforcement officers from USPP, Fairfax County Police Department (FCPD), and the Federal Law Enforcement Training Center, as well as civilian and medical witnesses. Additionally, federal investigators sent evidence recovered by USPP investigators to the FBI Laboratory at Quantico, Virginia, for testing and analysis.

On November 17, 2017, Bijan C. Ghaisar, a 25-year-old American, was fatally shot by US Park Police after a vehicular chase that followed a traffic collision along the George Washington Memorial Parkway in Northern Virginia. Ghaisar was unarmed and died ten days later in a hospital. The shooting is being investigated by the Federal Bureau of Investigation.

The officers involved in the shooting were named as Lucas Vinyard and Alejandro Amaya in an amended filing of the lawsuit brought by the family of Ghaisar, filed February 28, 2019 in the United States District Court for the Eastern District of Virginia.

A video of the shooting was released by Fairfax County Police, who had assisted with the chase. The Park Police officers claimed that they acted in self defense, firing nine shots into Ghaisar's vehicle as it slowly rolled away.