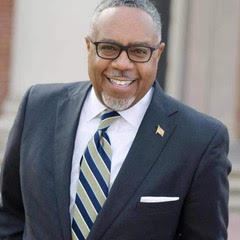 Lyles comes to the City from private practice and academia. He is currently Of Counsel at Stroud Priest, LLC in Baltimore and an adjunct professor teaching employment law in the business school for the University of Maryland University College.

Lyles’ government service includes seven years as the executive director of the Prince George’s County Human Relations Commission where he managed a $1.5 million budget and provided executive support and management for the 13-member commission, prosecuting cases of illegal discrimination and civil rights violations on behalf of residents.

He was counsel and trial attorney for the U.S. Department of Defense, the Prince George’s County Office of Law and the District of Columbia’s child welfare system.

“I believe that Mike will be a great fit for the City of Annapolis,” said Mayor Gavin Buckley. “He brings a wealth of public and government experience alongside private and trial practice. I am excited for the City and residents that he has agreed to join our team!”