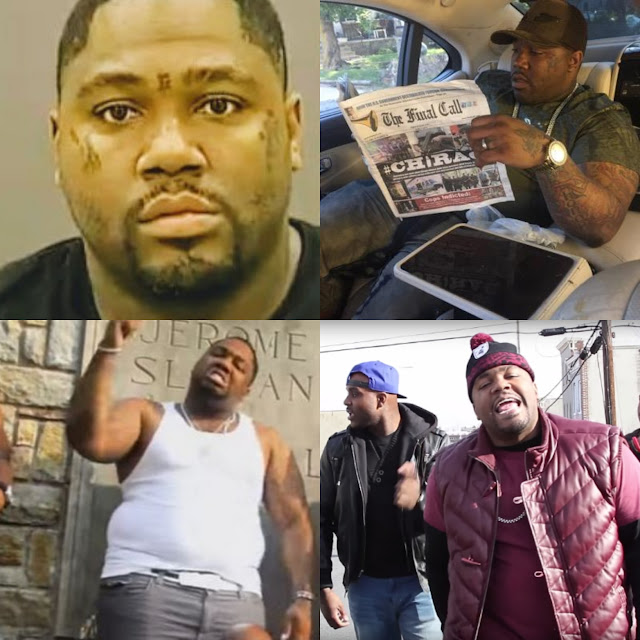 U.S. District Judge Catherine C. Blake today sentenced Dante Bailey, a/k/a “Gutta,” “Almighty,” and “Wolf,” age 40, of Windsor Mill, Maryland, to life in federal prison.  Bailey, the leader of Murdaland Mafia Piru (MMP), a subset of the Bloods gang, was convicted on April 30, 2019 after a six-week trial of murder in aid of racketeering, conspiracy to participate in a racketeering enterprise, conspiracy to distribute a kilogram or more of heroin and 280 grams or more of crack cocaine, possession of firearms by a previously convicted felon, and possession with intent to distribute heroin.  The jury found that Bailey participated in the gang’s affairs through a pattern of racketeering activities that included murder, extortion, witness tampering, witness retaliation, conspiracy to distribute drugs, and drug distribution.

Yesterday, Judge Blake sentenced MMP member Jamal Lockley, a/k/a “T-Roy” and “Droid,” age 40, of Baltimore to 30 years in prison, followed by five years of supervised release.  Lockley was also convicted after trial of the racketeering and drug conspiracies.  The jury found that Lockley participated in MMP’s affairs through a pattern of racketeering activities that included distribution of drugs, conspiracy to distribute drugs, and witness tampering and retaliation.

“Dante Bailey led the violent and destructive MMP gang that brought terror and death to Baltimore and Baltimore County neighborhoods with guns and drugs.  Now, Dante Bailey will spend the rest of his life in federal prison, where there are no suspended sentences and no parole—ever.  And Jamal Lockley will be over 65 years old before he is released from prison.  Due to their choices, most of the 25 defendants convicted in this case will spend between 14 and 30 years in federal prison,” said U.S. Attorney Robert K. Hur.  “We are committed to working with our law enforcement partners to get guns out of the hands of drug dealers and off of our streets, in order to reduce violent crime in our neighborhoods.  Over the course of this investigation, law enforcement seized 42 firearms and convicted 25 gang members.  I urge anyone who’s thinking of following these defendants’ example:  Please, put down the guns and save a life—maybe even your own.”

According to the evidence presented at the six-week trial, MMP, also known as the “Mob” or “Mobsters,” is a violent subset of the Bloods gang that operates in Maryland and elsewhere.  Founded by Dante Bailey, MMP was modeled after the Italian Mafia.  The MMP oath was called the “Omerta Code.”  The gang was organized hierarchically, with Dante Bailey as “the Don” at the top and various “Bosses,” “Underbosses,” “Capos,” “Lieutenants,” and “Mobsters” underneath.  MMP gang paperwork laid out certain rules of conduct by which members were governed, including that “retaliation is a must,” “[w]hen at war fight like you are ready to die,” and “[w]henever we are forced to strike, our only option is to kill.”  The most important rule was that “co-operation with authorities that lead[s] to incriminating others” was punishable by death.  MMP members enhanced their status in the gang by carrying out acts of violence; for instance, members could earn a “lightning bolt” tattoo for “killing for the Mob.”  Dante Bailey has multiple lightning bolt tattoos on his face.

MMP members operated street-level drug distribution shops in various locations in Northwest Baltimore City and neighboring Baltimore County, where they sold large volumes of heroin and crack cocaine, among other controlled substances.  The gang’s drug shop in the 5200 block of Windsor Mill Road was particularly lucrative due to its close proximity to Interstate 70, and it frequently attracted drug customers driving from Western Maryland and neighboring states.

MMP members, including Bailey, used social media websites to assert the gang’s claim to particular drug territories, intimidate rival gangs and drug traffickers, enhance MMP’s status, and enhance members’ status within the gang.  Bailey posted rap videos under the stage name “Gutta Almighty,” in which he and other members of MMP flaunted actual firearms, and threatened to kill those who stood in the way of the gang.

The evidence proved that Bailey ordered and committed numerous murders in order to retaliate against rivals, impose discipline within the gang, and eliminate potential witnesses against the gang.  He distributed large volumes of heroin and crack cocaine in the gang’s territories in Northwest Baltimore. After he was arrested, he continued to conduct the gang’s affairs from behind bars, ordering hits on rivals and witnesses, and plotting various ways to obstruct justice.

For example, on October 15, 2012, Bailey directed another MMP member to murder Victim 1 because Victim 1 was believed to be cooperating with law enforcement.  That MMP member shot Victim 1 multiple times in the head and torso with a .45-caliber firearm outside the crowded Mirage Nightclub in downtown Baltimore.  A closed-circuit television camera captured the shooting, and showed Bailey arriving at the club with the shooter and other MMP members, one of whom was wearing a shirt that said “MOBB SQUAD.”  Bailey recounted the events surrounding the attempted murder of Victim 1 in a semi-autobiographical screenplay that investigators recovered from his residence in 2016.  The screenplay included a scene in which Bailey learned that Victim 1 was “a rat” and a scene in which Victim 1 “gets hit” at “Club Mirage.”

In November 2012, Bailey ordered another MMP member to murder Antoine Ellis because Ellis had allegedly shown disloyalty to the gang.  On Thanksgiving Day, that MMP member shot Ellis to death in a baseball field in the 5200 block of Windsor Mill Road.  A few hours before the murder, the shooter had posted a comment to his Facebook profile that said: “198 n risen”—a reference to that year’s murder tally in Baltimore City, which he was about to increase by one.

On February 12, 2015, Dante Bailey murdered James Edwards for showing disloyalty to the gang.  Bailey shot Edwards to death in the 300 block of Collins Avenue, using the same gun he had used to shoot at rivals in the 5200 block of Windsor Mill Road three nights earlier.

On April 28, 2016, Bailey armed himself and went looking to retaliate against members of a rival drug organization they believed were responsible for killing an MMP member.  Jamal Lockley drove Bailey to the rival drug organization’s territory, where Bailey observed Anthony Hornes, whom he suspected—wrongly—had been involved in the MMP member’s murder.  Bailey shot Hornes in the head, killing him.  Lockley was the getaway driver.

In September 2017, while in pretrial custody, Dante Bailey caused a hit letter to be mailed to a co-conspirator that directed the murder of a witness against the gang, and included the witness’s address.  ATF Special Agents arrested the co-conspirator while in possession of the hit letter as well as a recently purchased firearm.

The evidence showed that Lockley worked in concert with other MMP members to distribute heroin and crack cocaine in MMP’s territory in the area around Windsor Mill Road and Forest Park Avenue, and to avoid detection by law enforcement. He distributed heroin that caused a young woman to overdose and nearly lose her life, and he continued to deal drugs after learning of the overdose. He was the getaway driver for a retaliatory gang murder committed by Dante Bailey.  He discussed retaliating against a rival of the gang with another MMP member and he conspired with Bailey to kill a witness against the gang by sending him to an MMP hitman.

Twenty-five defendants have been convicted in the case and twenty-four defendants, including Bailey and Lockley, have been sentenced, with most receiving between 14 and 30 years in federal prison.  The final defendant is awaiting trial.