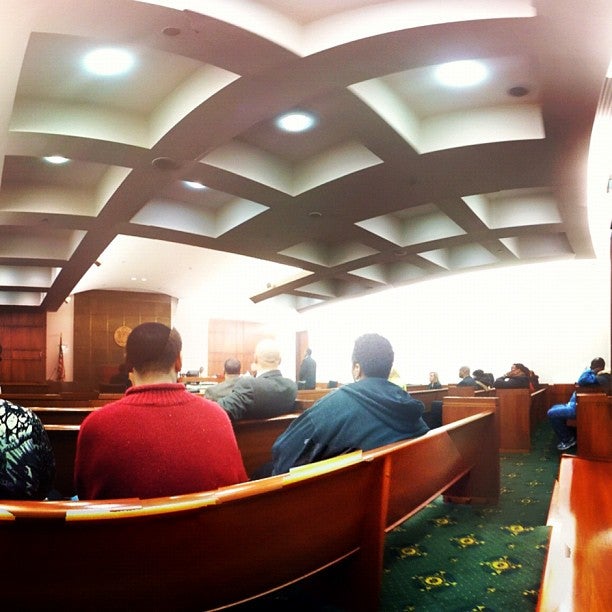 A federal grand jury has indicted Lachann Alexis Green, age 36, of Laurel, Maryland, on federal wire fraud charges in connection with a scheme to embezzle money from her employer.  The indictment was returned on November 4, 2019, and was unsealed at her initial appearance today.

According to the indictment, from October 2017 through December 2018, Green defrauded her employer, a business that managed residential apartment buildings in several states, including Maryland.  Green was the general manager of Rhode Island Row, an apartment complex in Washington, D.C. that was managed by her employer.  Her employer opened and maintained a business bank account to pay expenses for Rhode Island Row.

The indictment alleges that on October 4, 2017, Green registered a fraudulent shell business, “Executive Property Staffing” (“EPS”) with the Maryland State Department of Assessments and Taxation (“SDAT”).  EPS was a business purportedly located in Beltsville, Maryland.  Although her employer required that employees report any financial interest they had in any firm that did business with the employer, as well as any conflict or potential conflict of interest, Green did not disclose her association with EPS to her employer.  Green allegedly created and submitted or caused to be created and submitted fraudulent invoices in the name of EPS to her employer for staffing, cleaning, and maintenance work at Rhode Island Row that had not been done by EPS.  After Green’s employer transferred money as payment for the fictitious invoices to a bank account Green had opened in EPS’s name, Green allegedly transferred the funds to bank accounts opened in her own name or used the funds for her own personal gain.

The EPS scheme was one of several that Green allegedly operated as general manager of Rhode Island Row.  Green also allegedly submitted fraudulent invoices to her employer for expenses that she falsely claimed she had incurred in the course of her duties.  In addition, she submitted fraudulent invoices in the name of another business owned and operated by a personal associate (“Individual 1”) in return for a kickback from Individual 1 of a portion of the proceeds.  Finally, the indictment alleges that Green submitted or caused to be submitted fraudulent resident application information to her employer on behalf of two relatives so that the relatives could live at Rhode Island Row under fake names and under favorable lease terms.

If convicted, Green faces a maximum sentence of 20 years in federal prison for each of five counts of wire fraud.  At today’s initial appearance in U.S. District Court in Greenbelt, U.S. Magistrate Judge Timothy J. Sullivan ordered that Green be detained pending a detention hearing scheduled for tomorrow, at 3:30 p.m.