Annapolis MS-13 Member Convicted After Trial of Federal Charges, Including Murder In Aid Of Racketeering 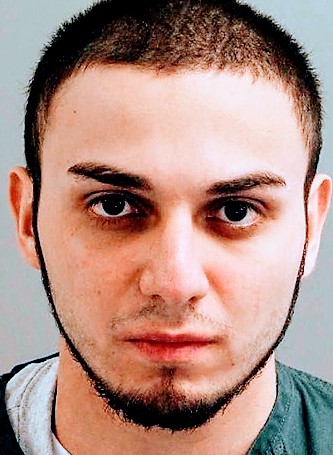 “The MS-13 gang uses violence, extortion, and intimidation to terrorize their communities, both here in the U.S. and abroad.  The gang’s chilling motto is ‘mata, viola, controla,’ or ‘kill, rape, and control.’  This MS-13 member showed his allegiance to the gang through murder.  Now he faces a mandatory sentence of life in federal prison.  His conviction for murder, and our ongoing work with our law enforcement partners to bring other gang members to justice, demonstrates our unflagging commitment to eliminate MS-13 and its campaign of wanton violence,” said United States Attorney Hur.  “We will continue to root out and prosecute violent gang members to obtain justice for their victims.”

“This individual’s crime is yet another example of the terror and violence that criminal gangs like MS-13 inflict upon our communities,” said HSI Baltimore Special Agent in Charge John Eisert. “HSI is committed to working with our law enforcement partners to investigate and dismantle these gangs to make our streets safer.”

MS-13 is a national and transnational gang composed primarily of immigrants or descendants from El Salvador.  Branches or “cliques” of MS-13, one of the largest street gangs in the United States, operate throughout Anne Arundel County, Prince George’s County, Montgomery County and Frederick County, Maryland.  In Maryland, MS-13 cliques often work cooperatively to engage in criminal activity and to assist one another in avoiding detection by law enforcement.   These cliques include the Hempstead Locos Salvatrucha (HLS or Hempstead), Fulton Locos Salvatruchs (FLS or Fulton), and Langley Park Salvatrucha (LPS), among others.  MS-13 members are required to commit acts of violence to maintain membership and discipline within the gang.  One of the principal rules of MS-13 is that its members must attack and kill rivals, known as “chavalas,” whenever possible.

According to the evidence presented at his 9-day trial, from at least 2015 through 2017, Sandoval-Rodriguez was a member and associate of the Fulton clique.  As a member of the MS-13 gang, Sandoval-Rodriguez participated in racketeering activities including drug trafficking, extortion, and murder.

As a result of his conviction for murder in aid of racketeering, Sandoval-Rodriguez faces a mandatory life sentence.  Chief U.S. District Judge James K. Bredar has not yet scheduled sentencing.

Co-defendants Marlon Cruz-Flores, a/k/a “Little S,” age 22; Fermin Gomez-Jimenez, age 20; and David Diaz-Alvarado, age 21; all of Annapolis, Maryland, previously pleaded guilty to their roles in the racketeering enterprise. The other defendants are awaiting sentencing.  All of the defendants are detained.