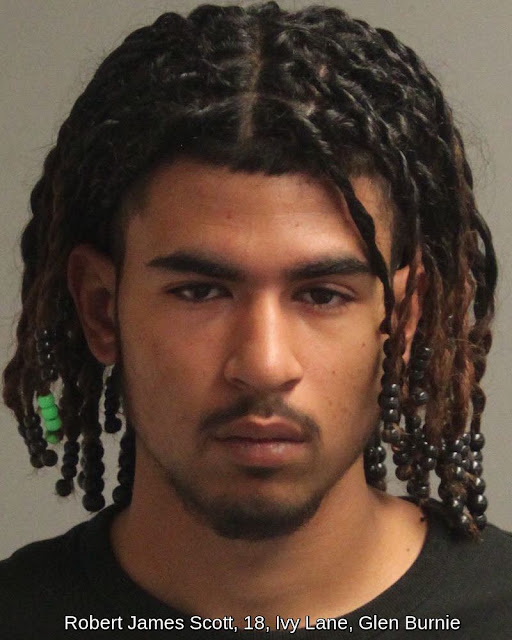 On October 11, 2019 at approximately 1:30 a.m., officers with the Anne Arundel County Police Department responded to Crown Road off of Hammarlee Road for a report of tampering with auto. Three subjects were seen walking through the area trying car door handles. After searching the area, officers located two of the subjects on Sunnybrook Court. One of the subjects, Scott, was found to be in possession of a wallet that was stolen from one of the vehicles. A second juvenile subject was located and found to be in possession of personal property. Both subjects were arrested and transported to Northern District for processing.