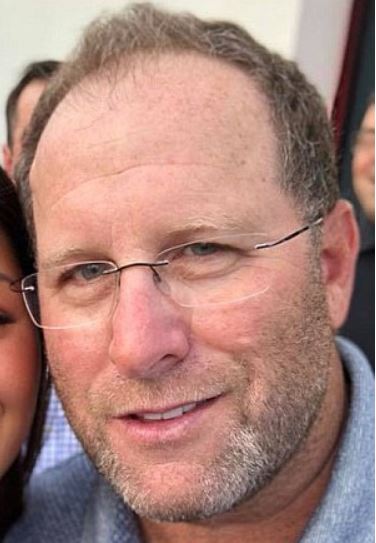 U.S. District Judge Richard D. Bennett today sentenced Jay B. Ledford, age 55, of Westlake, Texas and Las Vegas, Nevada to 14 years in federal prison, followed by three years of supervised release, for conspiracy to commit wire fraud, aggravated identity theft, and a money-laundering transaction, arising from a $396 million investment fraud scheme that operated from 2013 through September 2018, with an additional $260 million in attempted investments at the time of Ledford’s arrest.  Judge Bennett also ordered Ledford to pay restitution in the full amount of the victims’ losses, which is at least $189,166,116.  Judge Bennett will also enter an order of forfeiture, with the exact amount of forfeiture still to be determined.  On October 10, 2019, Judge Bennett sentenced co-defendant Kevin B. Merrill, age 54, of Towson, Maryland, to 22 years in federal prison.

The U.S. Securities and Exchange Commission (SEC) has a pending parallel civil action in this matter.

“Jay Ledford created phony documents and operated a debt collection center to provide credibility to Kevin Merrill’s false claims to investors, duping them into paying millions of dollars into this Ponzi scheme,” said U.S. Attorney Robert K. Hur.  “The effects of this kind of fraud can be devastating and a number of victims have lost their life savings.  This sentence sends a strong message that law enforcement will root out, prosecute, and send to prison criminal fraudsters like Jay Ledford and his co-conspirators.”

According to his plea agreement, Ledford was a certified public accountant in Texas, starting his own practice in Amarillo in 1996 and later expanding to Dallas.  In 1999, Ledford met Kevin Merrill in Dallas, when Merrill was a salesman for a Baltimore company that sold supplies for X-ray machines for hospitals and doctors’ practices.  Ledford and Merrill became friends, attending sporting events and visiting casinos together.  Ledford prepared Merrill’s taxes for several years.

“Consumer debt portfolios” are defaulted consumer debts to banks/credit card issuers, student loan lenders, and car/truck financers which are sold in batches called “portfolios” to third parties that attempt to collect on the debts.  Ledford and Merrill both had businesses that collected on consumer debt or purchased consumer debt.   Beginning in January 2013, Ledford and Merrill joined forces to perpetrate a Ponzi scheme to defraud investors.  Specifically, Ledford and Kevin Merrill invited investors to join them in purchasing consumer debt portfolios.  Ledford provided fictitious sales agreements and other documents, including false tax returns, to Merrill, knowing that Merrill was using them to induce individuals to invest with his companies, Delmarva Capital and Global Credit Recovery.  For 2013, Merrill took in approximately $4.3 million from investors, while Ledford raised just over $186,000 from investors.  Thereafter, Merrill’s superior sales ability caused Ledford to assume a background role, while Merrill was the “front man,” promoting the fraudulent investments to potential investors.

The conspirators falsely represented to investors that they would use the investors’ money to buy consumer debt portfolios and make money for them by (1) collecting the payments that people made on their debts or (2) selling the portfolios for a profit to other third-party debt buyers, in a practice called “flipping.”  According to court documents, the victim investors included small business owners, restauranteurs, construction contractors, retirees, doctors, lawyers, accountants, bankers, talent agents, professional athletes, and financial advisors, located in Maryland, Washington, D.C., Virginia, Colorado, Texas, Illinois, New York, and elsewhere.

Ledford admitted that to induce investors to participate, he and his co-conspirators falsely represented who they were buying the debt portfolios from and how much they were paying for the portfolios, whether they were investing their own funds, and their track record of success. According to the plea agreement, sometimes there was no underlying debt portfolio purchased with the investors’ money.  To conceal the truth, Ledford, created imposter companies with names similar to actual consumer debt sellers or brokers and opened bank accounts in the names of those imposter companies.  In addition, to lend credibility to the transactions, Ledford created false portfolio overviews, sales agreements which used the names and forged signatures of actual employees of the sellers, created false collections reports, and falsified bank statements and merchant account reports.  In late 2014, Ledford transferred employee and co-defendant Cameron Jezierski to manage debt collections for the Riverwalk and DeVille companies.  DeVille had a collections center in Euless, Texas, and the conspirators began to invite prospective investors to tour Riverwalk’s office and the collections center, which added substance to their claims regarding the success of their portfolio purchasing strategy and collections efforts.  In December 2017, Ledford recruited Jezierski to the criminal conspiracy because his analytical skills enabled him to contribute significantly to creating false documentation to induce investors to invest, and to conceal the mark-up Ledford and Merrill added to the purchase price charged to investors for debt portfolios.

Further, Ledford admitted that he and Merrill falsely represented that the monies the conspirators paid to investors were “proceeds” from collections and/or flipping debt portfolios, when in fact, the proceeds were paid from funds provided by other investors.  The conspirators provided monthly or quarterly reports to investors regarding the “purported progress of the portfolio and its recovery,” which Ledford and Merrill created.  From 2013 to 2018, the scheme to defraud took in over $396 million; the co-conspirators spent only 14% on purchasing consumer debt portfolios. At the time of their arrests, the co-conspirators were attempting to obtain an additional $260 million from investors.  Ledford assisted Merrill to divert investors’ funds to purchase a home in Naples, Florida, and also helped Merrill falsify records to the bank lender.  Ledford himself diverted fraud proceeds to purchase and renovate a home in Las Vegas, Nevada, to refinance a home in Texas, to gamble at casinos, to purchase luxury automobiles and jewelry, and otherwise to support a lavish lifestyle.

At today’s hearing, the government presented evidence that over the course of the scheme, Ledford used more than $42 million in investors’ funds to gamble at casinos throughout the United States.  Generally, Ledford would deposit a cashier’s check with the casino, which provided Ledford with chips up to the value of the check.  At the end of the gambling trip, if Ledford won, the casino would pay any winnings to Ledford by cash or check, and return the “front money” cashier’s check to Ledford.  If Ledford lost at the casinos, the casino deposited the “front money” cashier’s check to cover his losses, and paid Ledford the difference by cash, check, or chips. Ledford returned over $18 million in casino wires or checks to the Ponzi scheme. Currency Transaction Reports filed by the casinos show that Ledford took $14.9 million in cash out of casinos and paid over $9 million in cash into the casinos. Over the six years of the fraud, according to casino records, Ledford had net losses of more than $16 million.

For example, on December 28, 2017, a group of investors paid over $14 million into a Merrill account to invest in credit portfolios.  Of those funds, Ledford spent over $3.5 million on actual credit portfolios purchases, but he also paid Merrill, gave a bonus to Jezierski, and bought a $2.5 million cashier’s check which he gambled against at the Las Vegas Sands, home of The Venetian and The Palazzo casinos.  Ledford lost over $1.5 million of the investors’ monies on that gambling trip.

Cameron R. Jezierski, age 28, of Fort Worth, Texas, previously pleaded guilty to his role in the scheme and is scheduled to be sentenced on November 14, 2019, at 3:00 p.m.  Kevin Merrill’s wife, Amanda Merrill, age 30 of Towson, Maryland, pleaded guilty on October 9, 2019, to conspiracy to remove and conceal assets in violation of court orders, and is scheduled to be sentenced on January 22, 2020, at 3:00 p.m.  Merrill and Ledford have been detained since their arrest on September 18, 2018, and Amanda Merrill and Cameron Jezierski are released under the supervision of U.S. Pretrial Services.