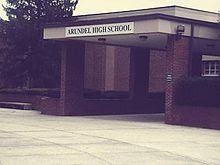 The parents of a 16 year old Arundel High student are concerned about their child's safety while at school, following an alleged assault that reportedly took place during the school's annual homecoming dance.

Report Annapolis has confirmed through a department spokesperson that Anne Arundel Police is investigating a 4th degree sex offense which allegedly occurred during Arundel High School's homecoming dance in September.

According to mdtriallawyer.com, "a fourth degree sexual offense is one of the most common sex crimes in Maryland. Typically this crime involves some sort of sexual contact or touching, but it can also involve intercourse if it falls under the statutory rape age guidelines. There is also a provision under this law that makes it a crime for a person of authority at a public or private school to have any sort of sexual contact with a student."

An anonymous tip claims the individual responsible for the alleged assault is a senior at the school.

According to an emailed statement from county school spokesperson Bob Mosier, proper protocols were followed in the handling of the incident, during and after the homecoming.  "The school has continued – and will continue – to work with the family and to support the student involved in this matter," he continued in the statement.

The family of the victim is furious about the manner in which the school has responded since the incident was reported. "Our daughter was sexually assaulted during Arundel High Schools’s homecoming dance," said the child's mother. "Arundel has refused to inform its parents and students of our daughter being sexually assaulted during homecoming. After numerous requests for Arundel to send a letter asking anyone with information to please come forward, Mrs. Davenport emailed us three weeks later stating she would not be informing parents of the assault or asking students to come forward with any information regarding being assaulted. We are asking if anyone has any information to please come forward."

However, the principal of the school, Gina Davenport, has a different appreciation for how the matter is being handled.

"The decision against sending a letter home with students was not based in any way on the credibility of the victim. We have absolutely no reason to doubt the statement she provided,"  Ms. Davenport wrote in a letter released on the school website today.  "I also want to be clear that the conduct reported by the victim is something that is unacceptable in any situation. It is not something we tolerate at Arundel High School and it should not be tolerated by anyone in any setting. Anyone who is the victim of such an act, or who sees such an act, should report it to the proper officials immediately so that it can be addressed swiftly and appropriately," the letter continued.

A concerned parent with a child enrolled at the school, and who was also a volunteer at the homecoming spoke to Report Annapolis on the condition of anonymity.  The parent spoke at length regarding the perceived "cover up" and the shocking events this parent claimed to be an eyewitness to moments before and after the alleged assault took place.

"I couldnt believe my eyes, I was absolutely shocked." the parent said.  "Kids were coming in through doors from all across the school. Some of them smelled horribly of alcohol and were vomiting from being drunk. Some were even passing out on the dance floor.  It was pure chaos. They had no control."

According to this parent, students were able to purchase about 200-300 more tickets than what the school had originally agreed to sell.  "There is no way they could supervise that many kids."

The parent also shared concerns that the school is under-supverised in general, a claim that is echoed by the parents of the sexual assault victim.

"My child had to be rushed to the hospital after being fed a brownie with marijuana in it by another student at the school,"  the parent continued.  "Everything is always blown off, just pushed under the carpet, nothing is ever done."

"We know our child was not the only student assaulted during homecoming and this is not the first time Arundel has chosen not to inform parents of sexual assaults,"  said the parent of the child who reported the incident to authorities the night of the homecoming.  "This was supposed to be a safe place for all students to attend and Arundel’s choice for this dance was only safe if you were the offender not the victim."

Report Annapolis made an attempt to reach the schools spokesperson for a comment on these new revelations.  He could not be reached.

An administrator from Arundel High has indeed before been accused of failing to notify families in a timely manner when a child's safety and welfare is in jeopardy.  In 2010, the family of a 14-year-old Crofton boy who was killed blocks away from where he caught the bus to school filed a lawsuit against the school system, contending that Arundel High school officials knew the youth faced violent threats and failed to protect him.

Christopher Jones was a ninth-grade student at Arundel High School when he was threatened at the school before he was killed about a month later. That  lawsuit alleged an administrator there knew Christopher's "life was in danger" but failed to contact his parents in a timely manner after someone threatened to harm him.

After hearing about the new allegations against Arundel High School administrators, Jennifer Adkins, the mother of Christopher Jones says she is not surprised by what is being alleged, yet she is saddened that parents like her are still having the same concerns she had ten years ago.  "It has been ten years since we lost Christopher. Ten years and nothing has changed at Arundel High School," Adkins said.  "Been there, done that.  But, I hope something changes before another family has to deal with what we have gone through since Christopher was killed,"  she added.  "Parents send their children to be safe at school.  If they cant be safe at school, where else can the be safe?" 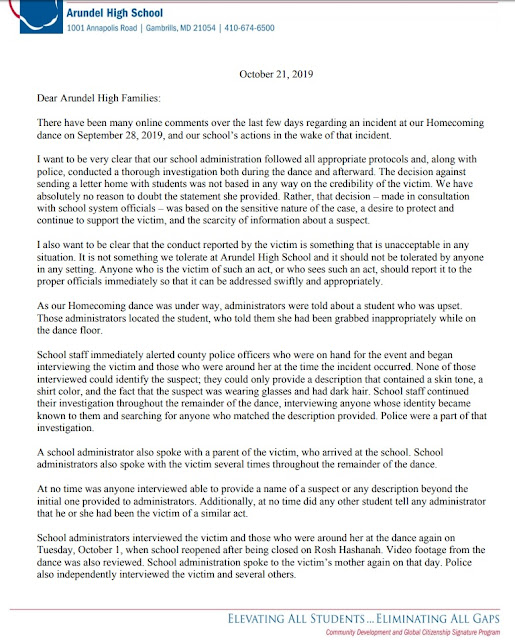 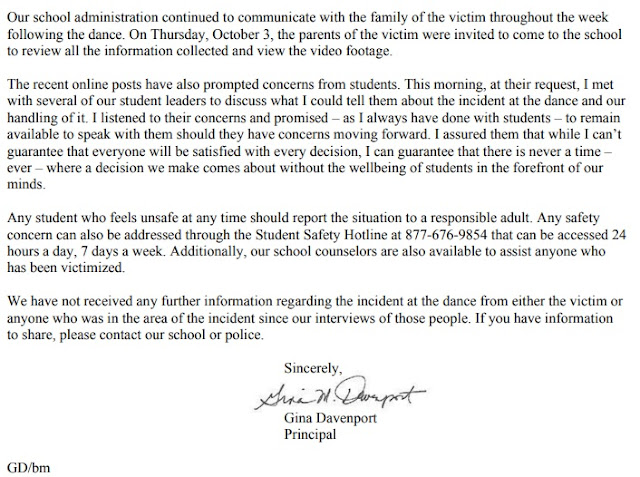