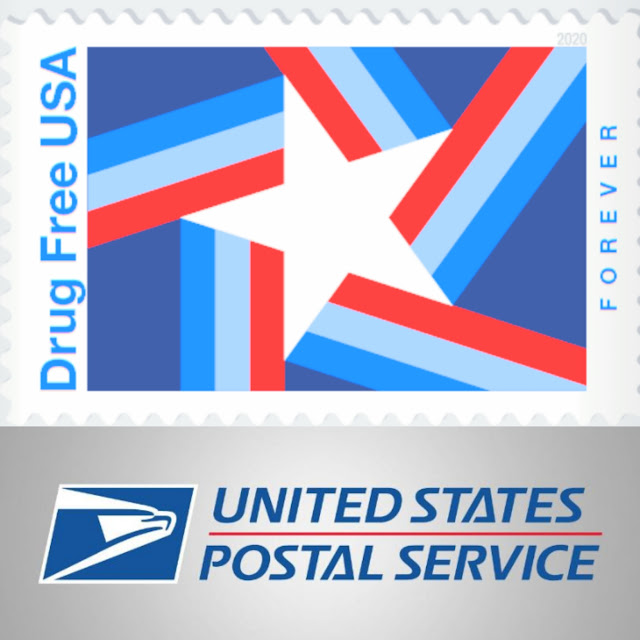 The U.S Postal Service today revealed the “Drug Free USA Forever” stamp in conjunction with Red Ribbon Week, the nation’s oldest and largest drug use prevention awareness program. The stamp will be available for sale in October 2020.

Earlier this year, DEA and the National Family Partnership submitted a joint letter to the U.S. Postal Service’s Citizens’ Stamp Advisory Committee, which decides which stamps are commissioned, to propose a stamp to raise national awareness of the dangers of drug misuse through prevention, and education.

“I am very pleased that the U.S. Postal Service will issue a stamp affirming our commitment to a drug-free America,” said DEA Acting Administrator Dhillon. “This stamp will help raise awareness of the fight against drug addiction and honor those who have dedicated their lives to that cause.”

“This Drug Free USA Forever stamp will help further raise awareness about the dangers of drug abuse, and the toll it is taking on families and communities around our country,” said Robert M. Duncan, chairman of the USPS Board of Governors. “The Postal Service is glad to do its part in marking Red Ribbon Week, and renewing our commitment to helping these efforts to educate youth about the dangers of illegal drugs.”

The Drug Free USA Forever stamp features a white star with lines of red, light blue, and blue radiating from one side of each of the star’s five points, suggesting the unity necessary at all levels to effectively address drug use.

Drug overdoses are now the leading cause of injury-related deaths in the U.S., eclipsing those from motor vehicle crashes or firearms. Raising awareness of the dangers of drug misuse is a critical component in reducing fatal and non-fatal drug overdoses.

Red Ribbon Week was started after the death of DEA Special Agent Enrique “Kiki” Camarena, who was brutally tortured and murdered in 1985 by drug traffickers he was investigating in Mexico. After his death, high school students signed anti-drug pledges and started wearing red ribbons to honor

Kiki’s sacrifice. Red Ribbon Week is celebrated each year on October 23-31 to highlight the importance of preventing drug misuse in our nation’s schools and communities. For more information, go to www.dea.gov/redribbon.