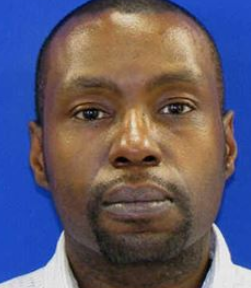 On October 24, 2019 at approximately 7:30 p.m., officers responded to the area of Audrey Avenue and Ruth Street in Brooklyn Park for a report of a shooting. Upon arrival, officers found a 45 year old male victim lying on the sidewalk suffering from apparent multiple gunshot wounds. The victim was transported to an area hospital for non-life threatening injuries. A witness described the suspect as an African American male wearing dark clothing.

The victim in this case has been identified as Robert Lee Thomas Jr, a forty-five year old male from the 4100 block of Audrey Avenue in Baltimore. On Monday, October 28, 2019 in the evening hours, Mr. Thomas was pronounced deceased. On Tuesday, October 29, 2019, homicide detectives attended the autopsy of Mr. Thomas which was performed by the Office of the Chief Medical Examiner in Baltimore.

Mr. Thomas' death has been ruled a homicide, with the manner being multiple gunshot wounds.

The Homicide Unit is continuing to investigate and is urging anyone with information on this incident or the suspect to contact them at 410-222-4731. One can also remain anonymous by calling the Anne Arundel County Tip Line 410-222-4700 or Metro Crime Stoppers. 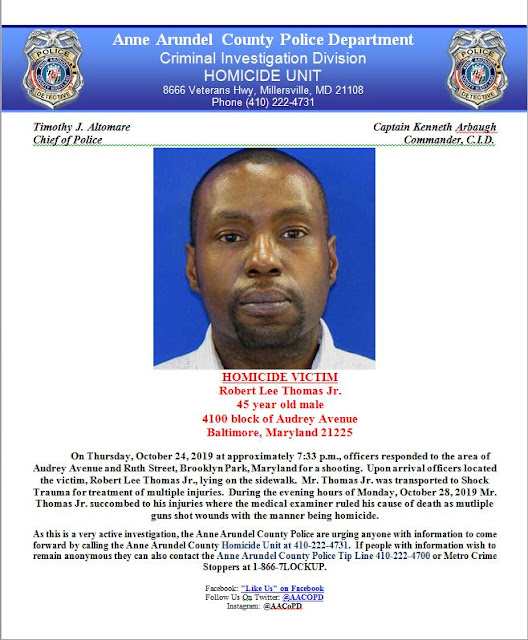