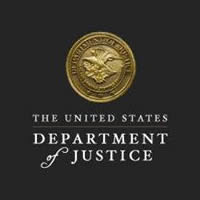 Seven people have been arrested on federal charges stemming from an ongoing investigation into the distribution of narcotics and the possession of firearms in the Washington, D.C. metropolitan area. To date, large quantities of heroin, fentanyl, and cocaine base (crack) have been seized as a result of the investigation, along with six firearms.

The charges are contained in three indictments and a complaint unsealed in the U.S. District Court for the District of Columbia. The charges were announced by U.S. Attorney Jessie K. Liu, Ashan M. Benedict, Special Agent in Charge of the Washington Field Division of the U.S. Bureau of Alcohol, Tobacco, Firearms and Explosives (ATF), and Peter Newsham, Chief of the Metropolitan Police Department (MPD).

Two sets of defendants were charged in conspiracies to traffic large quantities of narcotics, and all of the defendants were charged with separate offenses of distributing narcotics or possessing narcotics with the intent to distribute them. During the execution of nine search warrants, law enforcement seized packaged narcotics for distribution, drug paraphernalia, U.S. currency, six firearms, multiple replica firearms, magazines, and a large quantity of ammunition.

Three of the seven defendants had pending narcotics and firearms charges when committing the offenses alleged in the indictments unsealed today.

“Through this coordinated law enforcement effort, we were able to remove significant quantities of drugs and firearms from the streets,” said U.S. Attorney Liu. “This investigation is another example of our determination to target drug trafficking organizations that bring crack, heroin, fentanyl, and firearms into the District and to make our neighborhoods safer.

This case is part of an Organized Crime and Drug Enforcement Task Force (OCDETF) investigation. OCDETF specializes in the investigation and prosecution of drug trafficking and money laundering organizations and related criminal enterprises.

This case was also prosecuted as part of the Department of Justice’s “Project Safe Neighborhoods” Program (PSN), which is a nationwide crime-reduction strategy aimed at decreasing violent crime in communities. It involves a comprehensive approach to public safety — one that includes investigating and prosecuting crimes, along with prevention and reentry efforts. In the District of Columbia, U.S. Attorney Jessie K. Liu coordinates PSN efforts in cooperation with federal, state, and local law enforcement officials.

An indictment or a complaint is merely a formal charge that a defendant has committed a violation of criminal law and is not evidence of guilt. Every defendant is presumed innocent until, and unless, proven guilty.

In announcing the charges, U.S. Attorney Liu, Special Agent in Charge Benedict, and Chief Newsham commended the work of those who investigated the case, including ATF and MPD. They also expressed appreciation for the assistance provided by the United States Secret Service, U.S. Marshals Service, Prince George’s County, Md. Police Department, and the U.S. Attorney’s Office for the District of Maryland.

Finally, they cited the efforts of those who worked on the case from the U.S. Attorney’s Office for the District of Columbia, Assistant U.S. Attorneys Christopher Macchiaroli and Gregory Rosen of the Violent Crime and Narcotics Section; Paralegal Specialists Teesha Tobias, Kim Hall, and Candace Battle; and Legal Assistant Peter Gaboton.