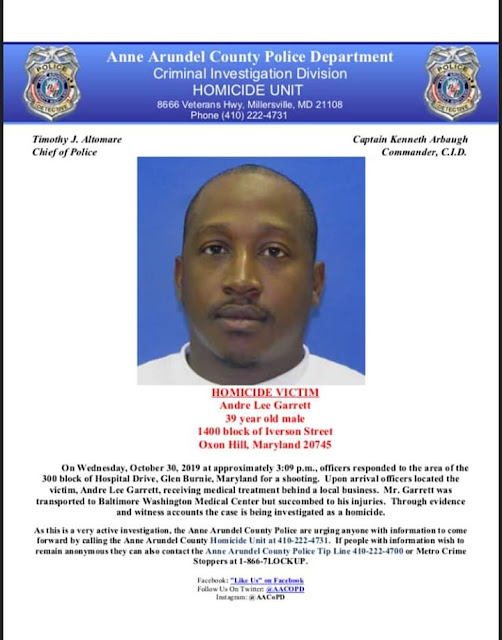 On Wednesday, October 30, 2019 at approximately 3:09 p.m., Anne Arundel County Police responded to the 300 block of Hospital Drive in Glen Burnie for a shooting. Upon arrival, officers located an adult male victim being treated by first responders. The victim, who has been identified as Andre Lee Garrett, 39, of Oxon Hill, was transported to the Baltimore Washington Medical Center where he later died.

Several pieces of evidence were collected, along with interviews of multiple witnesses. Police K-9 animals assisted authorities with the search for the suspect at that time.

Law enforcement officials are how investigating this incident as a homicide.  The victim's remains will be transported to the Office of the Chief Medical Examiner in Baltimore, where an autopsy will be conducted in order to determine the exact cause and manner of death.