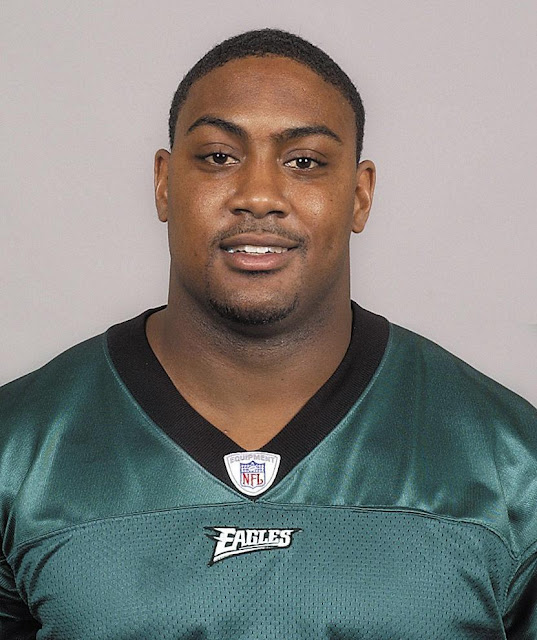 A former linebacker with the Philadelphia Eagles and was convicted of his role in a $10 million fraud scheme.

According to court records and evidence presented at trial, Merrill Robertson, Jr., 39, of Chesterfield, started Cavalier Union Investments, LLC, and Black Bull Wealth Management, LLC, with co-conspirator Sherman Carl Vaughn. From 2008-2016, Robertson and Vaughn solicited individuals to invest money in private investment funds that they managed, as well as distinct investment opportunities that they proposed. Robertson identified potential investors through various contacts; including contacts he developed playing football at Fork Union Military Academy, the University of Virginia, and in the National Football League, while Vaughn focused on developing investment opportunities.

Among other things, Robertson led investors to believe he was an experienced investment advisor, that his company was qualified to serve as a custodian of retirement accounts, that investor money was deposited into individual tax-deferred retirement accounts, and that investor money was secured by tangible cash-producing assets owned by his company.

As a result of this conspiracy, Robertson and Vaughn fraudulently obtained more than $10 million from over 60 investors, spending much of the money on their own personal living expenses, including mortgage and car payments, school tuitions, spa visits, restaurants, department stores, and vacations.

By 2015, Robertson and his partner had spent most of the money they collected from investors.  And Robertson was unable to raise new investor capital.  So Robertson approached Cavalier investors and other friends and offered to help them get loans in exchange for a portion of the loan proceeds.  Mr. Robertson and others then caused falsified loan applications to be submitted to various banks and credit unions on behalf of these individuals, which included false statements about the borrower’s personal financial status, the real purpose of the loan, and whether the loan was secured by collateral.  In doing so, Robertson and others obtained nearly $250,000 by submitting falsified loan applications to at least 5 financial institutions.

Robertson was convicted of conspiracy, mail fraud, wire fraud, bank fraud, and money laundering. He faces a maximum penalty of 330 years in prison when sentenced on Jan. 3, 2020. Actual sentences for federal crimes are typically less than the maximum penalties. A federal district court judge will determine any sentence after taking into account the U.S. Sentencing Guidelines and other statutory factors.