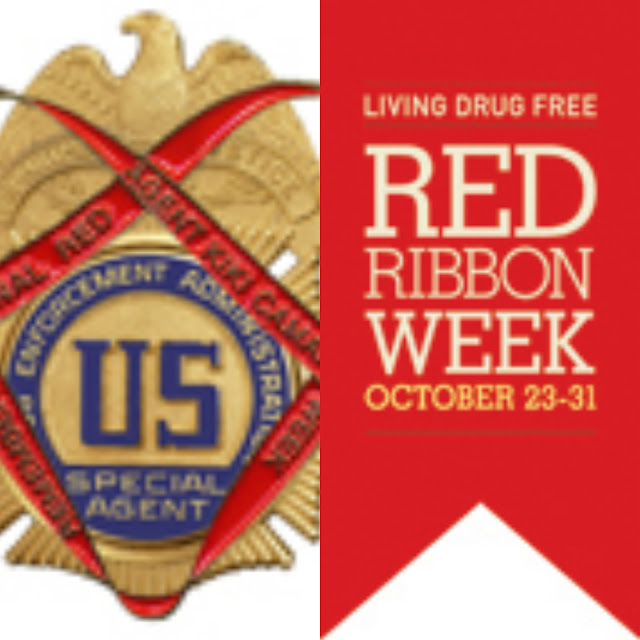 Following the successful launch of the 2019 National Red Ribbon Campaign earlier this month with First Lady Melania Trump at the annual Red Ribbon Rally, DEA is encouraging communities nationwide to Go Red for Red Ribbon – an effort to continue the momentum and promote awareness of the need to prevent drug misuse and abuse.

Red Ribbon Week, celebrated annually during the last week of October, highlights the importance of living a drug-free life. It presents an opportunity for parents, educators and communities to reinforce the drug-free messages they share with their children throughout the year. During Red Ribbon Week, youth and adults around the nation pledge to increase their knowledge by learning more about the destructive effects of drug abuse, including prescription drug misuse, and renew their commitment to live a healthy, drug-free lifestyle.

In recognition of Red Ribbon Week, DEA partnered with Google to develop an interactive way to explore the life of Special Agent Camarena through the lens of Google Earth. Starting October 22, you can visit http://g.co/redribbonweek  to see key places and images from where Special Agent Camarena lived and worked.

For more ideas and information on Red Ribbon, visit www.dea.gov/redribbon.