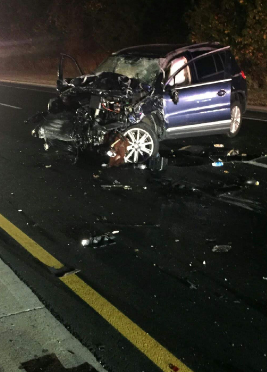 Anne Arundel County Firefighters responded to a 9-1-1 call reporting a motor vehicle collision in the area of northbound Route 295 and Route 32. While they were responding, police already on location advised that two patients were trapped and that one possibly had fatal injuries. Firefighters arrived and located a two-vehicle accident involving an SUV and a sedan. They were advised that the SUV struck the sedan from behind with the sedan overturning.

Both the 19-year-old female driver and 25-year-old male passenger of the sedan were trapped until extricated by firefighters in about 10 minutes.