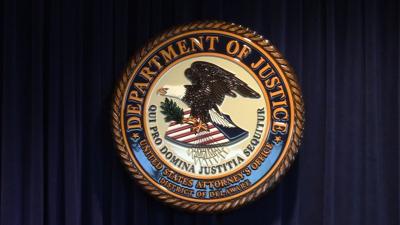 Malik Moseley, age 28, of Baltimore, Maryland, pleaded guilty today to a federal charge for being a felon in possession of a firearm.

According to his guilty plea, in September and October 2018, members of the Baltimore Police Department conducted two controlled purchases of drugs from Moseley at a residence in the 400 block of Freeman Street in South Baltimore.  Law enforcement officers also conducted covert surveillance outside the residence and observed Moseley and another individual engage in suspected hand-to-hand drug transactions in front of the home.

Based on this information, BPD officers obtained a search warrant for the residence, which they executed on October 17, 2018.  At the time, Moseley had an open arrest warrant from Anne Arundel County, Maryland.  While approaching the residence, the officers observed Moseley standing outside, and they immediately apprehended and arrested him.  In a search of Moseley’s person incident to his arrest, the officers recovered a 9mm semi-automatic pistol, loaded with eight rounds of ammunition; a plastic bag containing nine suboxone strips, and $790 in cash.  Moseley had a previous felony conviction and was therefore prohibited from possessing a firearm or ammunition.

During the search of the residence, the officers recovered bags containing a total of approximately 47 grams of fentanyl; a bag containing approximately 5 grams of a heroin-fentanyl mixture; drug paraphernalia, including three digital scales with drug residue; razor blades with residue; a glass plate with residue; a pill press with residue; and various drug packaging material.  In addition, law enforcement recovered a gun holster; two remote-control surveillance drones; a home surveillance system with two high-definition cameras; $101 in cash, and $30 in counterfeit currency.

United States Attorney Robert K. Hur commended the DEA, the Baltimore Police Department, and the Anne Arundel County Police Department for their work in the investigation.  Mr. Hur thanked Assistant U.S. Attorney Christina A. Hoffman, who is prosecuting the case.