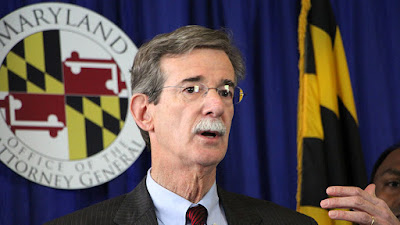 Maryland Attorney General Brian E. Frosh, joining a coalition of 30 states and local governments, filed a motion to intervene on behalf of the federal government in order to defend the Environmental Protection Agency’s (EPA) authority to establish emission limits on greenhouse gases from power plants and other industrial sources.

“We are filing this action to stop coal companies and others from undermining the federal government’s authority to regulate greenhouse gas emissions,” said Attorney General Frosh.  “Coal companies continue to seek to increase the emissions that foul our air and water, and heat up the planet.”

The motion to intervene, filed in cases brought against EPA by several coal mining companies and other industry interests, is separate and distinct from the action the state and municipal coalition took to initiate its ongoing multistate lawsuit against EPA over its roll-back of the Clean Power Plan, the first-ever nationwide limits on one of the largest sources of climate change pollution – existing fossil-fueled power plants. The EPA’s proposed rule, the  “Affordable Clean Energy”—aka the “Dirty Power Plan”— will have virtually no impact on these emissions, prolonging the nation’s reliance on polluting, expensive coal power plants and obstructing progress of states toward clean, renewable, and affordable electricity generation.  While the states in that lawsuit contend that the “Dirty Power Plan” rule change is unlawful and should be prevented from being implemented, the states do not contest that the EPA has the authority to limit greenhouse gas emissions from existing power plants.  In fact, they challenge that it has the affirmative obligation to ensure that compliance with the Clean Air Act be based on the emissions reductions achievable through the “best system of emission reduction.”