ARREST MADE IN ATTEMPTED ARSON 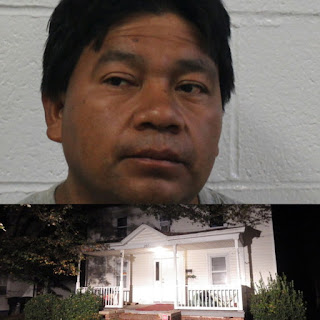 Deputies from the Maryland State Fire Marshal’s Lower Eastern Region Office have concluded an origin & cause investigation with the arrest of 40-year-old Melvin Godinez in connection with an attempted arson.

On October 29, 2019 at 10:22 p.m., the Salisbury Fire Department responded to 203 Washington Street, Salisbury in Wicomico County to assist the Salisbury Police Department with an odor investigation. The Maryland State Fire Marshal’s Office was requested to conduct an origin & cause investigation and determined the odor was the result of an unknown ignitable liquid poured onto and around the front porch of the two-story single family dwelling.

The investigation identified Godinez as the person responsible. Witnesses were identified that saw Godinez pour a liquid and attempt to ignite the liquid with a cigarette lighter. The investigation also determined there was a civil dispute between Godinez and an occupant of the residence.

There was no damage to the structure or injuries reported.

Godinez was taken into custody at the scene and subsequently transferred to Wicomico County Central Booking without incident. Godinez has been charged with Attempted 1st Degree Arson and 2 counts of Reckless Endangerment. If convicted of all charges, Godinez faces 40 years imprisonment and / or $60,000.00 in fines.