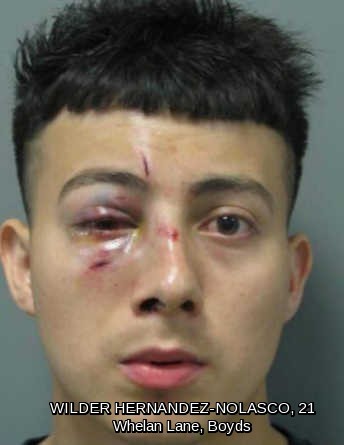 According to authorities in Montgomery County, a 21-year-old Maryland man from Hondurus is facing 155 years in prison for allegedly raping a 6 year old child and forcing the child to keep quiet by threatening to ground her.

WILDER HERNANDEZ-NOLASCO, 21
of Whelan Lane, in Boyds Montgomery County-Maryland was recently arrested after authorities learned the young victim was allegedly sexually assaulted by Hernandez-Nolasco multiple times over the past year.

According to police, the suspect denied raping the little girl but reportedly admitted to touching her inappropiately. He also allegedly admitted to making her touch his penis.

Hernandez-Nolasco is being charged with multiple sexual offenses, including: second-degree rape, third-degree rape ans sexual abuse of a minor.

The suspect remains behind bars without bond.