Elkridge Man Arrested on Weapons and CDS Charges in Laurel 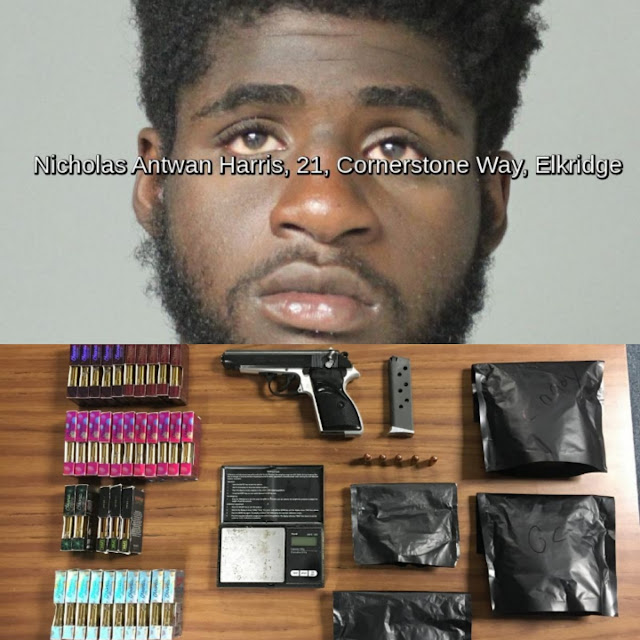 On October 10, 2019 at approximately 4:30 p.m., Anne Arundel County Police responded for a CDS complaint in the area of Horsehead South and Elkton Street in Laurel. Upon arrival officers located and stopped a suspect vehicle leaving the area. Recovered from the vehicle were a loaded .380 caliber handgun and THC oil and marijuana packaged in a manner indicating distribution.

The vehicle occupant was arrested and transported to Western District for processing.