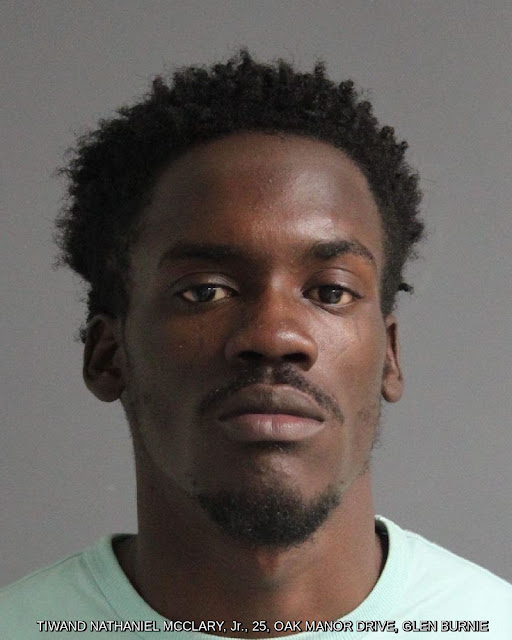 On Wednesday, September 18, 2019 at approximately 6:25 p.m., the Anne Arundel County Police and Fire Departments responded to the intersection of Oak Manor Drive and Woodhill Drive, Glen Burnie, Maryland for the report of an assault. A witness reported it saw an adult male subject get out of a vehicle and punch another adult male in the face. The blow to the head knocked the victim to the ground where the victim struck his head again. The victim, identified as Karl Richard Shurger, a fifty-nine year old male from the 200 Woodhill Drive, Glen Burnie, Maryland was transported to the hospital for his injuries. The suspect had fled the scene prior to fire and police arrival on scene.

On Friday, September 27, 2019 the victim, Karl Shurger, was pronounced deceased at the hospital. On Sunday, September 29, 2019, the Office of the Chief Medical Examiner performed an autopsy on the victim to determine the exact manner and cause of death. Homicide detectives interviewed several witnesses and retrieved digital evidence. In doing so a suspect was developed in the case.

On October 2, 2019, Homicide detectives executed several search warrants and interviewed the suspect. The suspect was identified as Tiwand Nathaniel McClary Jr., a twenty-five year old male from the 300 block of Oak Manor Drive, Glen Burnie, Maryland. Upon being interviewed Mr. McClary advised he had gotten into a verbal altercation inside of a convenience store with the victim, Karl Shurger.

On Friday, October 18, 2019, after reviewing the autopsy results and inspecting the medical records of Mr. Shurgers’ hospitalization the OCME ruled Mr. Shurger’s cause of death as a blunt force head injury with associated complications and the manner being homicide. As detectives learned of the homicide ruling, they obtained an arrest warrant charging the suspect, Tiwand McClary Jr., with Manslaughter and Second Degree Assault. The Anne Arundel County Fugitive Apprehension Team was able to quickly locate the suspect and take him into custody without incident.