Baltimore Drug Dealer Sentenced to More Than 12 Years in Federal Prison for Conspiracy to Distribute Fentanyl, Heroin, and Cocaine 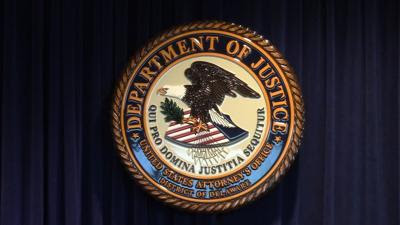 “Knowledge Sharpe brought the deadly combination of guns and drugs to the streets of Baltimore,” said U.S. Attorney Robert K. Hur.  “Not only did he endanger members of his own community, but he also attacked a federal law enforcement officer.  This sentence demonstrates that we will hold accountable criminals who attempt to terrorize law-abiding citizens and those who are sworn to protect them.  Sharpe will serve over 12 years in a federal prison far from home, where there is no parole—ever.  Please put down the gun.  You’ll save a life, maybe even your own.”

According to his plea agreement, from January 2017 until July 2018, Sharpe conspired to distribute fentanyl, heroin, and cocaine as a member of the Young Finesse Kings (YFK), a drug shop that operated primarily in the German Park area of Baltimore City.  During the course of the investigation, investigators from the FBI and the Baltimore Police Department obtained authority to intercept wire and electronic communications of members of the YFK drug shop and conducted physical surveillance of the YFK drug shop observing many instances of drug trafficking.

On April 11, 2018, investigators intercepted phone calls which led them to believe that Sharpe and several co-defendants were going to commit a retaliatory act of violence, after someone had shot at Sharpe’s car.  Sharpe contacted his co-conspirators to get them to assist with the retaliation.  Investigators immediately responded to the area where the conspirators had discussed meeting: Mount Royal Terrace and North Avenue, in Baltimore City.  While in the vicinity, investigators observed a gold Nissan van occupied by up to six individuals parked near Druid Park Lake.  That Nissan van was registered to an address used by one of Sharpe’s co-defendants.  The van left the area before investigators were able to stop it.  A short time later investigators learned that a gun was discharged in the area of 1700 North Carey Street. Investigators checked the location information of Sharpe’s cellular telephone and compared it to time that the discharging occurred.  At the time of the discharging, Sharpe’s cellular telephone was at a location in the same block of Carey Street.

Shortly afterwards, investigators located the gold van in the parking lot of the Security Mall in Baltimore.  A short time later, Sharpe and co-defendants Kenneth Grossman, Dana Dunnock, Anthony Whitaker, Quran Smoot, and another individual were seen exiting the mall and entering the van. Investigators surrounded the vehicle and stopped the van before it could exit the parking spot. Immediately upon opening the front passenger door, a firearm was observed on the front passenger floorboard. All occupants were detained and a search of the van showed six firearms within easy reach of all occupants. Specifically, a CM11 assault pistol with a loaded magazine was located on the front passenger-side floorboard (where Sharpe was sitting), a .32-caliber revolver loaded with 6 rounds and a .380-caliber revolver with a loaded magazine were in the rear third row cup holder and on the rear third row seat, respectively (where Grossman and the other individual were sitting), a 9mm pistol with a loaded magazine in the front center console near the driver (where Smoot was sitting), from Whitaker’s waistband area an officer recovered a .40-caliber handgun loaded with 5 rounds, and from Dunnock’s front waistband area an officer recovered a .45-caliber handgun loaded with 10 rounds and attached to a second magazine containing 9 more rounds.  There was also a bag containing loose ammunition and a black ski mask located in the van.  Black ski masks were also recovered from Sharpe, Whitaker, and Grossman.  Sharpe admitted that he possessed a firearm in furtherance of his drug trafficking activities.  At sentencing, prosecutors proved that Sharpe also made a credible threat of violence.

Sharpe also attacked an employee of the Department of Public Safety and Correctional Services (DPSCS) while he was a pretrial detainee at the Chesapeake Detention Facility, which is run by the U.S. Marshals and maintained by the DPSCS.  The victim had denied Sharpe’s request for a second meal.  When the victim returned to Sharpe’s housing area later, Sharpe sneaked up behind the victim, struck the victim with a closed fist to his face, and continued to strike the victim after he had fallen to the ground.  Other federal detainees also struck the victim, as well as another person who had come to the victim’s aid.  After the fight, which was broken up by deploying pepper spray, the two victims of the attack were treated for their injuries.

All nine defendants have pleaded guilty to their roles in the drug conspiracy or for possessing a firearm in the van with Sharpe, including Kenneth Grossman, age 29; Dana Dunnock, age 21; Quran Smoot, age 21; and Anthony Whitaker, age 24, all of Baltimore.  Six defendants have been sentenced including Sharpe, Dunnock who was sentenced to 135 months in federal prison, and Whitaker who was sentenced to 13 years in federal prison.